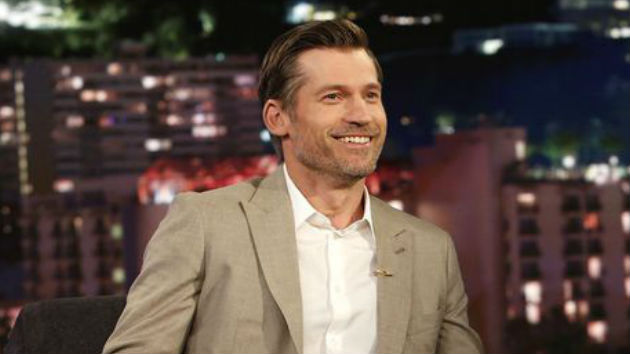 ABC/Randy Holmes(LOS ANGELES) — Not too much is known about the much-anticipated eighth and final season of Game of Thrones — if you want any info at all, you'd need to know one of the cast or crew members. Luckily, HuffPost has an in with Jaime Lannister himself.

In an interview with the publication, Nikolaj Coster-Waldau, who plays the notorious Kingslayer in the hit HBO fantasy epic, spoke about his reaction to reading the final Game of Thrones scripts. But don't worry about spoilers: Jaime Lannister is as vague as he is one-handed.

"I wrote the writers when I finished reading and just said, 'I don't think you could've done a better job at finishing this story,'" Coster-Waldau tells HuffPo. "To me, it was very satisfying but also very surprising and all the things that I was hoping for."

"It still made sense," he adds of the ending. "It wasn't like one of those where the killer is suddenly revealed in the last act and you go, 'Oh! I didn't see that coming.' Here, they’ve done a really, really good job."

When we last saw Jaime at the end of season seven he was riding north away from King's Landing after leaving his sister/lover, Cersei.

"He might be eaten by dragons, you never know," Coster-Waldau says of his character's journey north. "Or he might just stumble, things happen. Or he might find the love of his life and suddenly he's like, 'God, this is it. No more.'"

Could that love be with Gwendoline Christie's Brienne, confirming the hopes of shippers across the internet?

The final season of Game of Thrones will premiere in 2019.