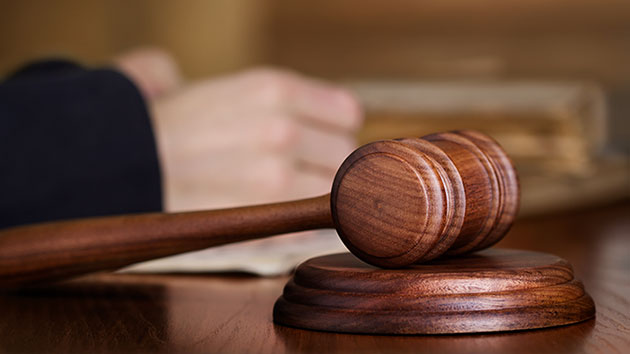 iStock/Thinkstock(BALCH SPRINGS, Texas) — A former Texas police officer on Wednesday was sentenced to 15 years in prison for the 2017 shooting death of an unarmed black teenager — and the victim's family said the punishment was too light.
Ex-Balch Springs Police Officer Roy Oliver, who is white, also was fined $10,000, a day after a jury convicted him of murdering 15-year-old Jordan Edwards.
Speaking with reporters at a press conference late Wednesday, the teen’s stepmother, Charmaine Edwards, said she had hoped for a sentence of 25 to 30 years or more.
"We're thankful for the verdict that we received, although we wanted more years," she said. "This is a start for us, and we can get some kind of closure. So we're thankful. He actually can see life again after 15 years. And that's not enough because Jordan can't see life again."
She said Jordan was a bright kid and a football player at Mesquite High School in Balch Springs, about 15 miles southeast of Dallas.
A Dallas County jury deliberated for nearly five hours before recommending the sentence on Wednesday evening, ending a long and emotional trial over the honor student's death.
Oliver, who joined the force in 2011, will be eligible for parole after seven-and-a-half years in prison.
Daryl Washington, an attorney representing the Edwards family, celebrated the conviction and said he hoped it would bring on a sense of closure.
"The Dallas DA's office did something that has not been done around this country," Washington said at the press conference. "They had the courage to take on the bad police officer. And, because of that, that in itself is a victory.”
"We believe that little boys and little girls are going to be able to go to teenage parties and feel like, if they're in danger, they can go to police officers and not run away from police officers,” he added.
Washington said he'd also hoped for a harsher punishment, but that convictions in such cases are rare and should be celebrated.
Oliver allegedly opened fire on a car full of teenagers on the night of April 29, 2017, killing Jordan, who was sitting in the front passenger seat. The officer was fired three days later.
Oliver and his partner were responding to reports of underage drinking at a house party in Balch Springs when they saw the teens pulling off, according to testimony at the trial.
Oliver testified that he opened fire because he thought his partner was in danger of being run over and that, before the shooting, he was inside the house and that he believed he heard gunfire outside.
"I had to make a decision," Oliver told jurors. "This car is about to hit my partner. I had no other option."
Body-cam and dash-cam footage showed the car was moving away from the officers when Oliver opened fire, disputing his initial claim that it was backing up toward Gross.
The officer's attorney said he plans to file an appeal, citing multiple errors within the trial.
"This evening, we gave notice of appeal. We want to appeal the jury's verdict at both the guilt, innocence and punishment phase of the trial," attorney Bob Gill said on Wednesday. "We believe that there are some errors made during the trial that are significant errors and need to be explored on appeal."
Copyright © 2018, ABC Radio. All rights reserved.