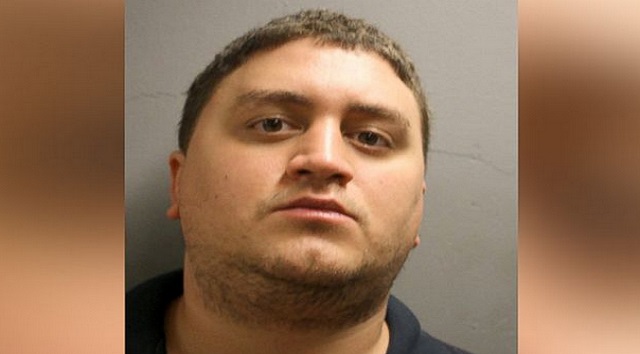 Harris County Police Department(DALLAS) — A man accused of shooting at female drivers in Texas allegedly "held a very dim view of women," according to court documents.
The suspect, 29-year-old Nicholas D'Agostino, was first arrested in July for allegedly shooting a woman who was driving next to him, the Harris County Sheriff's Office said.
The woman said she saw a possible green Ford Explorer driving next to her when she was shot in the arm on July 10, authorities said.
She was hospitalized in stable condition, the sheriff's office said.
D'Agostino "held a very dim view of women," according to one sheriff's office deputy, who cited conversations with the suspect as well as social media posts, according to the probable cause complaint.
On Facebook D'Agostino allegedly "rants and rambles on about female motorists and how incompetent they are and that their sole purpose is to give birth to male children," a deputy said, according to the state's motion for high bond.
The deputy felt D'Agostino presented "a grave danger" to the community, and particularly to women on the road, according to the court document.
Investigators reviewed video of the July incident and noticed "distinctive features" on the suspect's car, the sheriff's office said, and tracked down D'Agostino, the owner of a car with matching features.
D'Agostino was interviewed and allegedly said he shot the woman because she was "swerving into his lane twice and he believed it was self-defense," the sheriff's office said.
D'Agostino also allegedly admitted to having been involved in at least five other similar situations at which he shot at another car, according to the sheriff's office.
Authorities only knew of one other similar incident: a shooting from March 7 in Harris County, according to court documents.
In the March shooting, a woman was leaving a gas station when she heard a loud noise and felt a pain in her arm, according to court documents.
She said she saw a white man in a dark green, older SUV look at her. As the vehicle drove away "it appeared he was looking to see if he had hit her," according to the probable cause complaint.
She didn't realize until later she had been shot, the documents said.
D'Agostino was first arrested in July and is now charged with two counts of aggravated assault with a deadly weapon, according to the sheriff's office.
"The family is just as sorry as they can be," D'Agostino's attorney, Kenneth Mingledorff, told ABC station KTRK in Houston. "They're wonderful people and they're very, very sorry for any problems or pain this has caused anyone."
Mingledorff did not immediately respond to ABC News' request for comment.
D'Agostino is in custody and is next due in court for an arraignment on Sept. 6, according to court records.
Copyright © 2018, ABC Radio. All rights reserved.