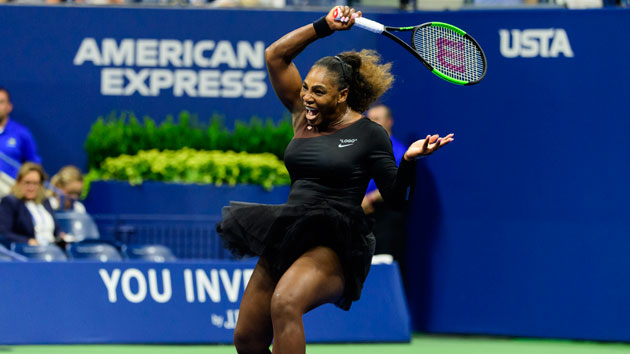 TPN/Getty Images(NEW YORK) — Serena Williams and Venus Williams have revolutionized the sport of tennis with their decades of dominance.
The two African-American sisters from Compton, California, blew right past stereotypes of tennis as a “country-club sport” on their way to a combined 30 Grand Slams, and counting.
In their wake, younger African-American female players like Sloane Stephens and Madison Keys have risen to the top of the sport, proving the theory that you can be what you can see.
On the other side, the last male African-American player to win a Grand Slam was Arthur Ashe in the 1970s.
Changing that statistic and making tennis more accessible to people from all backgrounds — whether they become Grand Slam champions or not — is the number one goal for Katrina Adams, chairman of the board and president of the United States Tennis Association (USTA).
"From the USTA’s perspective, we want tennis to look like America," said Adams, the first African-American, first former professional tennis player and youngest person to serve as president in the USTA's 135-year history. "From my perspective, I want to see a lot more kids of color have the opportunity to have the same experiences as I did as a professional player and beyond that."
"There’s a lot of talent around the country," she said. "We want to make sure that those kids have the opportunity and the pathways to have a chance to compete and be the best that they can be."