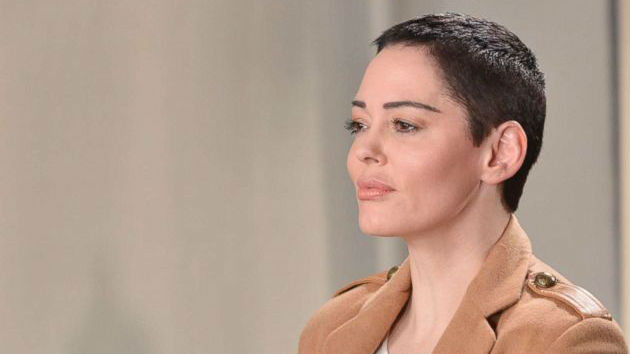 ABC(LOS ANGELES) — Rose McGowan had some strong words for her #MeToo ally Asia Argento on Monday: "Do the right thing."

In a lengthy statement released on Monday, McGowan described the events leading up to her discovery that Argento had allegedly paid off actor Jimmy Bennett, who claimed the now 42-year-old Italian actress assaulted him when he was 17 and she was 37, according to a report published by The New York Times a week ago.

McGowan, 44, writes that her partner, Rain Dove, whom she'd introduced to Argento a month ago, revealed in a series of text messages that Argento had "indeed slept with" Bennett and had "been receiving unsolicited nudes of Jimmy since he had been 12," but had not taken any action to stop Bennett from sending more.

It was Rain Dove who went to the police with the texts — later obtained and released by TMZ last Wednesday — according to McGowan.

McGowan stressed she was not “affiliated with this incident” and that she had not been complicit in keeping the alleged assault a secret.

“Asia had mentioned that she was being extorted for a large sum of money every month by someone who was blackmailing them with a provocative image,” McGowan claims. “No one in the room knew who the extortionist was. Now we know it to be a reference to this case.”

McGowan further clarified that "There absolutely should be no leeway or tolerance for sexual assault. Hard stop. NONE. Victims also shouldn’t be told how they should react or what they should say about their abuser."

"Asia you were my friend. I loved you. You’ve spent and risked a lot to stand with the MeToo movement," concludes the Charmed alum. "I really hope you find your way through this process to rehabilitation and betterment. Anyone can be be better — I hope you can be, too. Do the right thing. Be honest. Be fair. Let justice stay its course. Be the person you wish Harvey [Weinstein] could have been."

Argento and McGowan were among the first women to speak out about Weinstein's alleged sexual misconduct. He has denied all accusations of non-consensual sex.