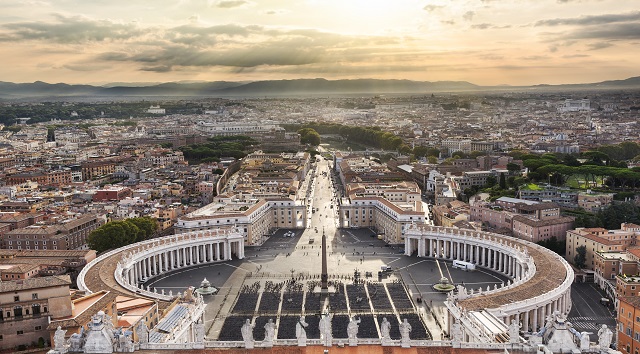 iStock/Thinkstock(ROME) — Pope Francis has no intention of stepping down as he fights accusations that he protected a former archbishop accused of sexual abuse, Italian news agency ANSA reported, citing “close associates” of the pope.
The pontiff was “embittered” by a letter written by the Vatican’s former ambassador to the United States, Archbishop Carlo Maria Vigano, in which the former diplomat accused the pope and his predecessor, Pope Benedict XVI, of knowing of abuse allegedly carried out by the former archbishop in Washington, Cardinal Theodore McCarrick, the associates said, according to ANSA.
But, they said, Francis, 81, "is not thinking about resignation,” ANSA reported.
Vigano wrote that Francis and Benedict knew that McCarrick — who resigned as a cardinal in July after he was accused of abusing adults and minors — was a "serial predator."
Reached for comment, McCarrick’s attorney Barry Coburn called Vigano’s words “serious allegations.”
Copyright © 2018, ABC Radio. All rights reserved.