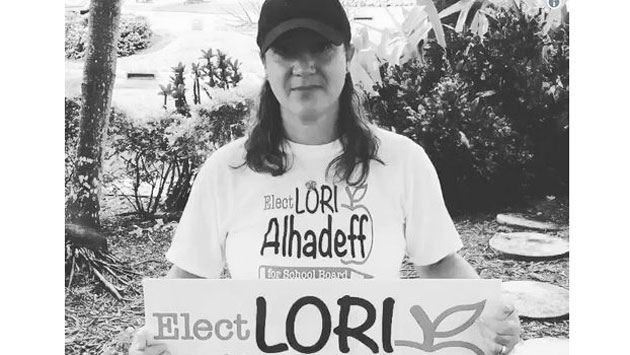 ABC News(WASHINGTON) — In Broward County, Florida, the site of February's massacre at Marjory Stoneman Douglas High School, Lori Alhadeff, whose 14-year-old daughter Alyssa Alhadeff was among the victims, won a seat on the county’s school board in a landslide Tuesday night.
"I am so excited. I am elated," Alhadeff told the Miami Herald. "I can’t wait to start making change and start making an impact on the school board."
Alhadeff captured 65 percent of the vote, according to unofficial results from Broward County's supervisor of elections, significantly outpacing two other contenders in the race. The second-place finisher, Tennille Doe-Decoste, received just 18 percent of the vote.
Doe-Decoste's son Julien graduated from Stoneman Douglas this past spring, and her daughter is currently a student at the high school. Underpinning her campaign was Julien's best friend, Joaquin Oliver, who was also one of the 17 who lost their lives that day.
Announcing her bid for School Board District 4 in May, three months after her daughter was one of 17 students and teachers gunned down, Alhadeff said she didn't want "any other parent to go through the pain and anguish I go through every day," and said a position on the school board was the best way she could help implement stronger school safety measures.
"I want to do everything possible to make this school system a model that other districts will look and try to replicate," she added at the time.
Before the election, Alhadeff tweeted a video, urging county voters to head to the polls.
She wasn't the only parent of a Parkland student killed in the attack who sought a seat on the school board. Ryan Petty, whose daughter Alaina Petty, also 14, was killed in the school shooting, ran for a school board at-large seat, but lost to Donna Pilger Korn. Petty secured 31 percent of the vote, almost 20 percentage points below Korn, according to unofficial results.
For both Alhadeff and Petty, their campaigns were about promoting greater transparency and accountability in the Broward County school system.
Alhadeff also said discipline policies must be "revamped" and to "meet somewhere in the middle."
"There is no better way to ensure that the change this school system desperately needs is achieved than to have a seat at the table," she added.
Copyright © 2018, ABC Radio. All rights reserved.