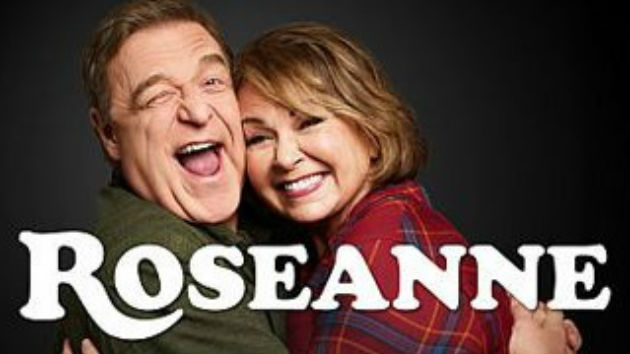 ABC(LOS ANGELES) — Less than a day after a John Goodman interview with the Sunday Times about this past spring's abrupt cancellation of the hit Roseanne reboot made headlines, his onscreen wife Roseanne Barr thanked him on Twitter.

Goodman noted that the situation — caused by a racially-charged tweet from Barr — left him "brokenhearted."

The actor described himself and Barr as "work friends," but steadfastly defended her in one area. "I know, I know, for a fact that she's not a racist."

It appears for this, Barr expressed gratitude. "I thank John Goodman for speaking truth about me, despite facing certain peril from producers and network," she tweeted.
To the UK paper, Goodman admitted of the cancellation, "I went through a period, about a month, where I was very depressed. I’m a depressive anyway, so any excuse that I can get to lower myself, I will. But that had a great deal to do with it, more than I wanted to admit."

He also expressed he was "surprised" by ABC's quick decision to axe the show. "I’ll put it this way, I was surprised at the response. And that’s probably all I should say about it."

Barr signed over her rights to the show so that she won't be compensated for the spin-off featuring Goodman and the rest of her sitcom family, titled The Conners.

Goodman also expressed that in the upcoming Conners, Barr's character, Roseanne Conner, will be killed off, likely leaving his character Dan a "mopey" widower.