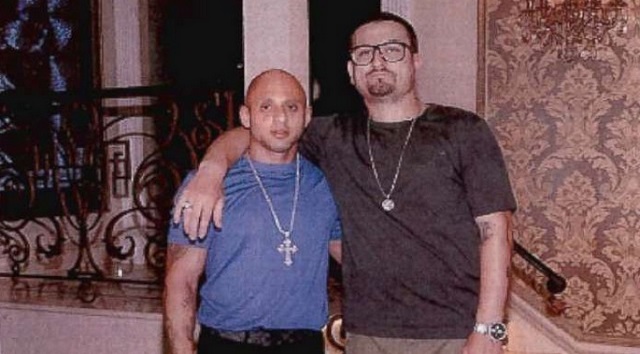 Department Of Justice
Posted on August 29, 2018 by ABC News

Department Of Justice(NEW YORK) — Two Russians who ran illegal high-stakes poker games near Coney Island and at one point ordered a building that housed a rival's poker game be set on fire are now facing life in prison.
Lenny Gershman, 35, and Aleksey Tsvetkov, 39, on Tuesday were convicted of illegal gambling, loansharking, extortion, arson and marijuana distribution charges following a three-week trial in Brooklyn federal court. Both men also were convicted of pistol-whipping someone they accused of stealing marijuana from their stash house, shattering his teeth.
"Today's verdicts hold Gershman and Tsvetkov responsible for years of using intimidation, violence and their association with Russian organized crime to inflict crimes on our local communities, including carrying out beatings in broad daylight and committing arson in the dead of night, endangering the lives of tenants and New York City firefighters," said Richard Donoghue, U.S. Attorney for the Eastern District of New York.
Gershman and Tsvetkov were linked to Russian members of organized crime called the "Thieves in Law."
On a given night, stakes at their illegal poker games reached hundreds of thousands of dollars. When they ordered their rival's building set ablaze in 2016, a small boy was trapped inside and firefighters were hurt in the rescue, prosecutors said.
Tsvetkov was caught on video beating an extortion victim in the middle of a street outside an auto body shop in the Gravesend section of Brooklyn.
"This investigation and trial illuminated clues that solved international and domestic crimes committed by members of an Eastern European organized crime syndicate operating in Brooklyn," said James Hunt, special agent in charge of the New York office of the Drug Enforcement Administration.
Copyright © 2018, ABC Radio. All rights reserved.

How life has changed 1 year into the COVID-19 pandemic: Masks, restrictions largely endure
When will life return to normal? Experts consider what summer, fall might look like
Lori Loughlin spotted in public for the first time since prison release
“You could save a life” – Dr. Oz urges people to learn CPR after saving a man at airport
Golden Globes 2021: ‘The Life Ahead’ takes home Golden Globe for Best Original Song
Privileged or legal mail to state prisons must now have qualified control number