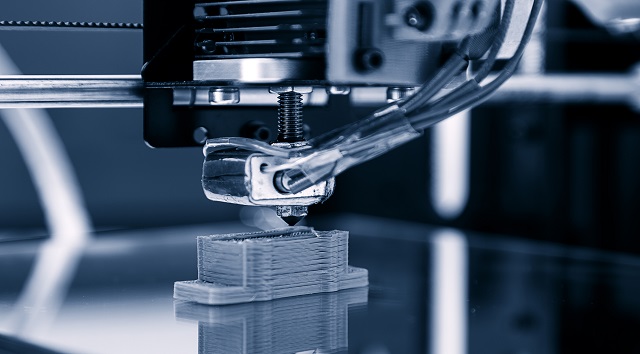 iStock/Thinkstock(SEATTLE) — The founder of a company that had planned to distribute blueprints for producing plastic firearms using 3D printers says he started selling the plans today despite an injunction blocking it because of concerns about public safety.
A federal judge in Seattle Monday extended the injunction blocking the nonprofit Defense Distributed from posting the plans online after a coalition of states and the District of Columbia said making plastic weapons available would create a public safety issue.
Cody Wilson, the founder of Defense Distributed, said the judge's decision was a "kneecapping and subversion" of his First Amendment rights, which the ruling said were outweighed by the states' concerns about potential harm.
Wilson told reporters Tuesday that while the injunction blocks him from posting the files publicly, he is still able to sell them online and distribute them via email or mail on a USB drive.
The group began selling them this morning, he said, adding that thousands of users have ordered the files or signed up to sell their own plans through his website."
"Anyone who wants these files is going to get them,” Wilson told reporters. “I'm going to sell them to them, I'm going to ship them. That began this morning. That will never be interrupted.
“The free exchange of these ideas will never be interrupted and now people can participate on my website. It's not just me selling these files. I'm inviting the public to share their files.”
Copyright © 2018, ABC Radio. All rights reserved.

Live bullet was in gun fired by Alec Baldwin in fatal movie-set shooting: Sheriff
‘Rust’ assistant director fired from a film in 2019 after on-set gun mishap
Customers can soon rent a Tesla at Hertz after company orders 100,000 electric vehicles
Philadelphia students ‘scared to go to school’ as gun violence escalates
Supreme Court to take up Texas abortion law but declines to block it
Husband charged in Maya Millete’s killing, pleads not guilty in court