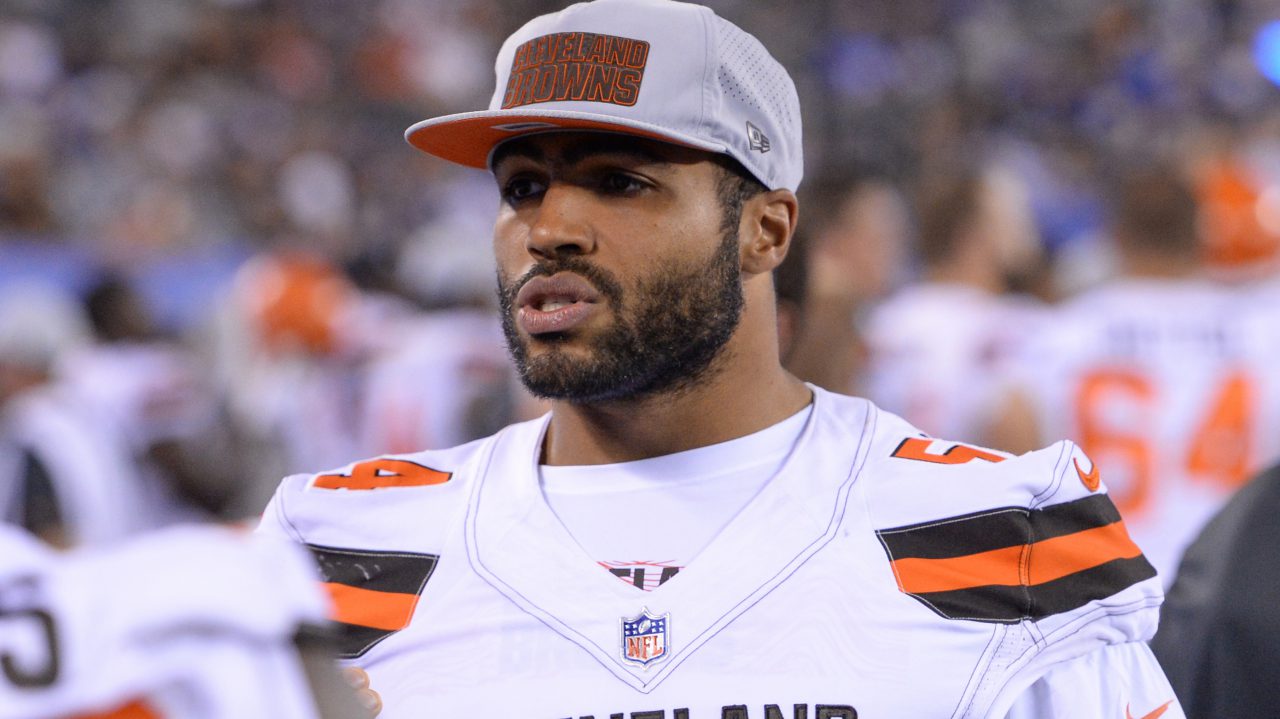 2018 Nick Cammett/Diamond Images/Getty Images(CLEVELAND) — Cleveland Browns linebacker Mychal Kendricks has conceded that he "participated in insider trading" four years ago and deeply regrets it.
"I was drawn in by the allure of being more than just a football player," Kendricks said in a statement released by his attorney Michael Schwartz. "While I didn’t fully understand all of the details of the illegal trades, I knew it was wrong, and I wholeheartedly regret my actions."
Kendricks said he trusted a former friend, Damilare Sonoiki, who had a Harvard degree and was working for Goldman Sachs at the time. Sonoiki later worked as a writer on the second season of the ABC comedy "Black-ish."
Trump blasts NFL players for kneeling during anthem: 'Stand proudly …. or be suspended without pay'
Both men now face insider trading charges brought by federal prosecutors in Philadelphia.
"Mr. Sonoiki and Mr. Kendricks are alleged to have cheated the markets, cheated other investors and placed themselves above the law," said Bill McSwain, the U.S. Attorney for the Eastern District of Pennsylvania.
In the second half of 2014, court records said Sonoiki sent coded text messages and FaceTime conversations from his desk at Goldman Sachs to tip Kendricks off to corporate mergers.
Kendricks allegedly made $1.2 million in illegal profits by purchasing securities in companies that were soon to be acquired and then selling his positions after the deals were publicly announced. In one instance, he made a nearly 400 percent return on his investment in just two weeks, court records said.
"Mychal Kendricks used material non-public information, provided by his co-defendant, to score significant profits from expected market moves,” said the FBI Special Agent Christian Zajac. "That’s not merely gaming the system—that’s a federal crime."
According to court records, Kendricks rewarded Sonoiki for his tips with cash kickbacks, free NFL tickets and an evening on the set of a pop star’s music video, in which Kendricks made a cameo appearance.
"Kendricks paid cash and shared celebrity perks for illegal tips that enabled him to trade and profit on confidential information that the rest of the investing public didn’t have," said Stephanie Avakian, co-director of the U.S. Securities and Exchange Commission’s Division of Enforcement.
Neither Kendricks nor Sonoiki are currently in custody. Kendricks has acknowledged his actions and is cooperating with authorities.
The NFL pro is a sixth year outside linebacker who was drafted out of the University of California, Berkeley. For the first five years of his career, Kendricks played for the Philadelphia Eagles and won the Super Bowl with the team last year before joining the Browns this summer as a free agent.
Kendricks was released by the Browns Wednesday afternoon.
"Prior to signing Mychal, we were informed that there was a financial situation that he had been involved with in 2014. We were told Mychal had fully cooperated with investigators as a victim. From what was communicated at that time and based on the numerous questions we asked and further due diligence on our part, including checking with the league office, there was no information discovered that conveyed otherwise," the team's general manager, John Dorsey, said in a statement.
"Recently, we were provided an update on the matter and the circumstances have changed. We are now dealing with a different set of facts and the additional information we’ve gathered has led us to the decision to release Mychal from our team. Due to the ongoing legal nature of this situation, we will have no further comments," the statement continued.
The Eagles have not returned ABC News' request for comment.
Sonoiki's attorney Mark Wilson, an assistant federal defender, told the Wall Street Journal he will plead guilty. “He was working as an analyst, he overheard information and he passed it on," he said.
ABC News could not reach Sonoiki for comment.