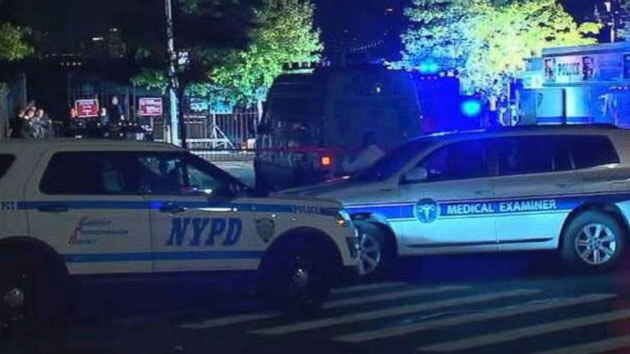 WABC(NEW YORK) — For the second time in less than a week, police believe they have found human body parts in garbage bags in a New York City park.

The second set of remains was found Tuesday evening in the Bronx at Barretto Point Park, just 2 1/2 miles from where last week's were located.
Just as with Friday's instance, the parts were located in two separate trash bags, police said.
One bag found Tuesday appeared to contain a human leg, New York ABC station WABC reported.
A person walking in the park at about 7:30 p.m. found the bags and called police, authorities said.
A medical examiner will determine the cause of death.
Police released a sketch of the adult woman who remains were found in Crotona Park in the central Bronx last Friday. Authorities do not know the woman's identity.
The medical examiner said she likely died of blunt force trauma.
A Parks Department employee found the two black garbage bags last week, and after opening them, called the police. The employee initially believed the bags, which were giving off a foul odor, contained a dead dog.
Copyright © 2018, ABC Radio. All rights reserved.