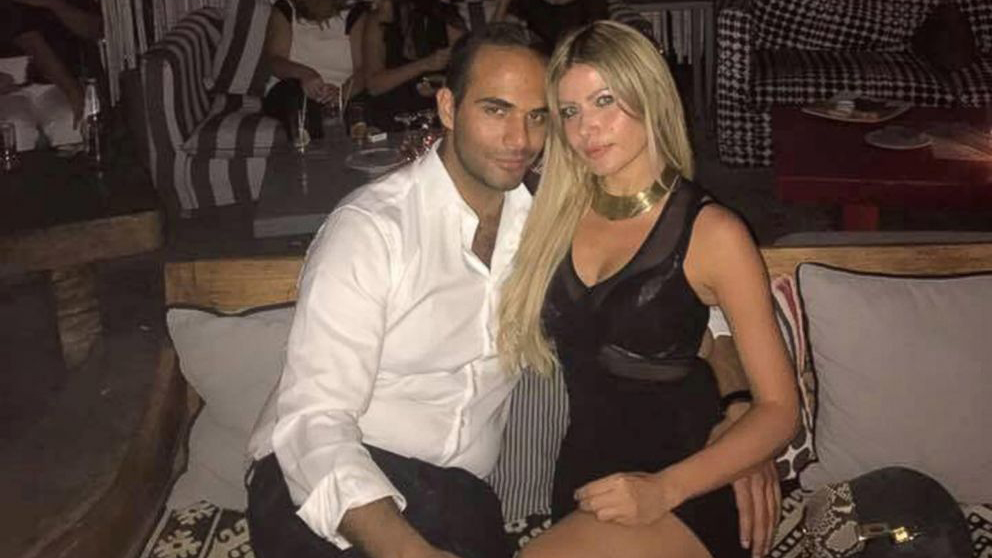 Facebook/George Papadopoulos(WASHINGTON) — George Papadopoulos, a former foreign policy adviser to President Donald Trump’s campaign, has decided to stick with his plea agreement with special counsel Robert Mueller, his wife told ABC News on Wednesday.
The decision puts to rest weeks of public hand-wringing by his wife, Simona Mangiante Papadopoulos, who has been acting as an informal spokeswoman for her husband. She said in an interview with ABC News earlier this month that her husband was strongly considering backing away from the agreement he struck with Mueller that led him to plead guilty to lying to the FBI.
“George will take responsibility for some inaccuracies during the interview with the FBI,” Mangiante Papadopoulos said in a statement to ABC News on Wednesday, adding that she hopes the judge determining his fate will not send the former Trump campaign adviser to jail.
In an interview earlier this month, Mangiante Papadopoulos had said her husband never saw the evidence amassed against him when he agreed to the plea agreement. Some of that material had recently been turned over to his attorney, and Papadopoulos wanted to review it ahead of his decision, she said.
Papadopoulos admitted to lying to the FBI about his contacts during the campaign with a professor who, prosecutors alleged in court filings, had “substantial connections to Russian government officials.”
As part of his plea agreement, Papadopoulos agreed to cooperate with Mueller as part of his probe into Russian meddling during the 2016 campaign.
Earlier this month, prosecutors with the special counsel recommended that Papadopoulos serve up to six months in jail for lying to federal investigators, arguing that “he should be held accountable for having repeatedly misled them “about critical facts, in an investigation of national importance, after having been explicitly warned that lying to the FBI was a federal offense.”
“The nature and circumstances of the offense warrant a sentence of incarceration,” prosecutors wrote.
Papadopoulos’ sentencing is scheduled for September 7.