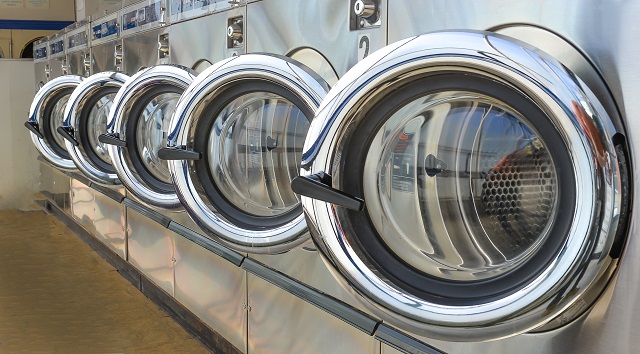 iStock/Thinkstock(NEWARK, N.J.) — Students at a New Jersey high school may never again have to attend classes in dirty clothes, after the school built the student body its own free laundromat.
For Akbar Cook, principal of West Side High School in Newark, it's an attempt to minimize the alienation and harassment that poorer students go through when they turn up at school with dirty clothes on, reported ABC station in New York WABC.
"We found that kids were being bullied, and they were being bullied because of their cleanliness," Cook told WABC.
Because of this bullying and alienation, many students skip school for three to five days a month, Cook said. In one case, a girl faced-off with authorities because she wouldn't let them check her bags to enter the school.
"We had almost detained her and we came to find out she was just carrying dirty clothes," said Cook. "She was homeless for the weekend."
More than 84% of the students in the school district qualify as low income or very low income, and were enrolled in meal subsidy programs, according to the Newark Public Schools website.
Students told WABC about how routine it is for students to be shamed, especially for their cleanliness.
"Every school year, there's kids getting bullied all the time, coming to school with dirt on them," senior Ronald Desir said.
When Cook's plans to install laundry machines in what was once a football locker began to gain traction on social media, people began to donate laundry detergent and dryer sheets for free.
According to an Amazon wishlist set up by Cook to help guide contributors, the school is on its way to fulfilling its bleach, fabric conditioner, sheets and detergent requirements but not quite there yet.
Copyright © 2018, ABC Radio. All rights reserved.