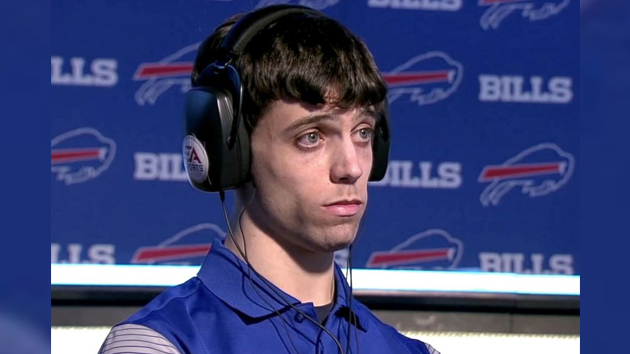 ABC News(JACKSONVILLE, Fla.) — The suspect in a mass shooting that left two people dead and 12 with bullet wounds at a Madden 19 e-games tournament in Jacksonville, Florida, on Sunday, carried two handguns and extra ammunition into the contest venue and specifically targeted his competition, authorities said Monday.
The two people killed in the shooting allegedly committed by David Katz, 24, inside a back room bar at a Chicago Pizza restaurant in the Jacksonville Landing mall were considered the top two Madden gamers in the world, a competitor wounded in the rampage told ABC News.
"The suspect clearly targeted other gamers that were in a back room at the Chicago Pizza participating in this gaming tournament," Jacksonville Sheriff Mike Williams said of Katz at a news conference Monday afternoon. "The suspect walked passed patrons who were in other parts of the business and focused his attention on the gamers."
Williams said Katz was armed with two handguns, a .45-caliber and a 9mm, one with a laser scope, but investigators believe he only used one of the weapons in the attack.
"Video surveillance from inside the restaurant clearly shows that this is a single shooter incident and that the suspect took his own life after shooting the victims," Williams said.
He said Katz purchased both guns legally in Baltimore within the past month.