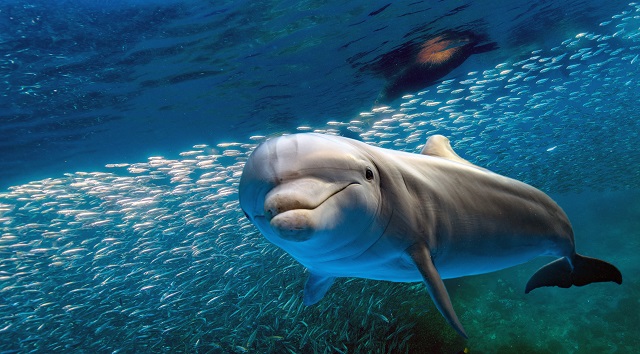 iStock/Thinkstock(PARIS) — A playful, rutting dolphin has led a mayor in northwest France to close beaches out of concern of a potential risk to swimmers.
For weeks, the dolphin known to locals as Zafar has been staying along the shores of Brittany, playing with children and swimmers, according to local newspaper Le Télegramme.
But the mayor of Landévennec, Roger Lars, said the male dolphin is rutting, behavior related to its being mating season.
Some people who have interacted with the dolphin got scared, the mayor said.
“There has been a few incidents,” Lars told French radio RTL. “A woman swimming quietly was thrown by the animal. There really was a security issue.”
Due to this concern the mayor last week banned swimming on beaches where the dolphin's presence is confirmed, he told RTL radio.
The mayor does not believe that Zafar is mean, but argues that an incident could have happened.
A local lawyer who specializes in environmental rights, Erwan Le Cornec, does not agree with the halt and threatens to take legal action against the ban. “How many accidents have there been with a dolphin in Brittany since our two species existed? None,” he told French local newspaper Ouest-France.