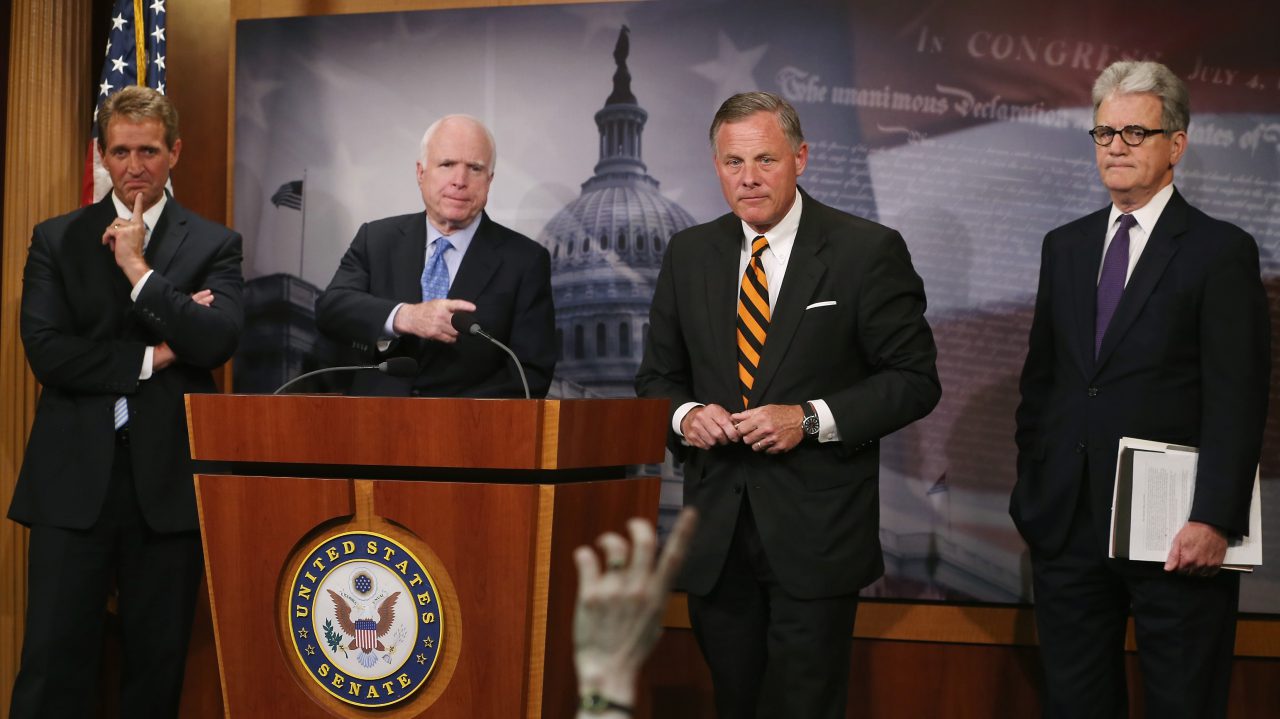 Mark Wilson/Getty Images(WASHINGTON) — Sen. John McCain’s greatest lesson was “to forgive” and “to see the good in his opponents,” said Sen. Jeff Flake of his fellow Arizona Republican, who died Saturday.
Flake in an interview on "This Week" Sunday was discussing McCain's legacy with ABC News Chief Anchor George Stephanopoulos, who asked, “What was the greatest lesson you learned from him?”
“Oh, to forgive,” Flake said. “You know, his people talk about [how] he had a temper, he was passionate. That was certainly the case, but he would quickly forgive and move on.”
McCain was able “to see the good in his opponents,” Flake said.
“That is something that particularly these days we could use a lot more of. That's a lesson that he taught everyone,” the Arizona senator said.
McCain died Saturday evening after battling an aggressive form of brain cancer, glioblastoma. He was just four days shy of his 82nd birthday. A former Vietnam War hero who spent over five years as a prisoner of war, McCain went on to serve three decades in Congress, where he gained a reputation as a maverick conservative who bucked convention.
House Democratic leader Nancy Pelosi on "This Week" Sunday spoke of McCain's practice of partnering with members of the opposing party to craft important legislation.
"So many of our colleagues on both sides of the aisle, whether they were in complete agreement with John McCain, were all in agreement that he was formidable, had enormous integrity and was acting on behalf of our country and what he truly believed," Pelosi said.
The House minority leader also said she supports Democratic Sen. Chuck Schumer's proposal to rename the Russell Senate Building on Capitol Hill after McCain.
That “would be a great tribute,” Pelosi said. “Then for decades to come, everyone who came to Washington would know the very special place that John McCain held, has held and will continue to hold in our country.”
Ret. Gen. David Petraeus on "This Week" told Stephanopoulos that McCain was “always one who felt that serving a cause larger than self was the greatest of privileges.”
The general commented on McCain's commitment to U.S. military service members and veterans.
“No one had the backs of America’s new 'greatest generation,' those who fought the wars of the post 9/11 period, more than” McCain, Petraeus said. "No one did more to assure that they had what was needed to prevail on the battlefield."