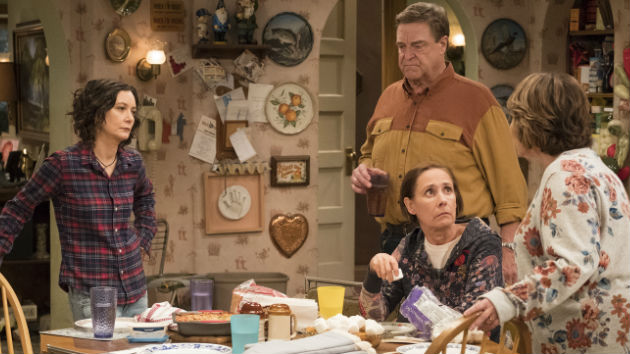 ABC(LONDON) — John Goodman has opened up about this past spring's abrupt cancellation of his hit Roseanne reboot, telling the Sunday Times that the situation — caused by a racially-charged tweet from his onscreen wife Roseanne Barr — left him "brokenhearted."

"[B]ut I thought, 'OK, it’s just show business, I’m going to let it go,'" he recalls thinking at the time. However, he admits, "I went through a period, about a month, where I was very depressed. I’m a depressive anyway, so any excuse that I can get to lower myself, I will. But that had a great deal to do with it, more than I wanted to admit."

He said of ABC's quick decision to cancel the show, "I was surprised," adding, "I’ll put it this way, I was surprised at the response. And that’s probably all I should say about it."

Goodman described himself and Barr as "work friends," but steadfastly defended her in one area. "I know, I know, for a fact that she's not a racist."

Barr signed over her rights to the show so that she won't be compensated for the spin-off featuring Goodman and the rest of her sitcom family, titled The Conners.