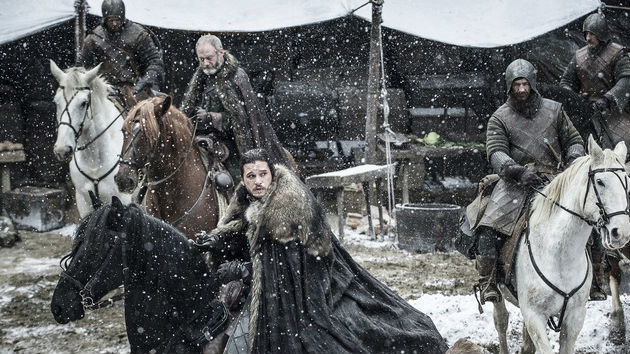 That's what Jon Snow says to Daenerys Targaryen in a new HBO promo teasing the cable channel's 2019 season, which includes the eighth and final season of Game of Thrones.

The one-minute-plus trailer features glimpses of the new seasons of Veep, Barry, The Deuce, True Detective and Big Little Lies — including a glimpse of new cast member Meryl Streep in the latter. We also see shots of new series like Pod Save America, The Shop, and Camping, plus the return of Flight of the Conchords and a five-part documentary about Jane Fonda.

But let's face it: We're all desperate for some intel on Game of Thrones. We don't see much: a glimpse of Jon Snow standing on top of Dragonstone, a soldier falling off a wall and into a group of other soldiers, and Dany uttering "Drakaris!" as her dragon breathes fire on a bunch of terrified people.

Game of Thrones season eight is expected to premiere in the first half of 2019.