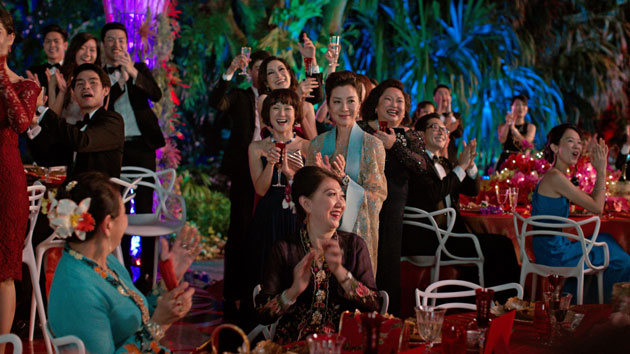 The Meg, in its second week of release, held on to second place with an estimated $13 million.

The Happytime Murders, the raunchy detective comedy from Brian Henson — the son of Muppets creator Jim Henson — finished a disappointing third in its opening weekend, earning an estimated $10 million. It marks a career-low debut for Melissa McCarthy for a movie in which she's had top billing.

Mission: Impossible — Fallout placed fourth with an estimated $8 million weekend. The sixth and latest installment in the Mission: Impossible franchise has raked in a little under $194 million here in the states, while adding another $13 million overseas, for a worldwide total of over $538 million.

Rounding out the top five was Disney's Christopher Robin, delivering an estimated $6.3 million.

As for the weekend's other major release, A-X-L., the sci-fi action flick starring Colony's Alex Neustaedter, finished in ninth place with an estimated $2.9 million.

Opening in limited release, Papillon — a remake of the 1973 film with Charlie Hunnam and Rami Malek in the roles originated by Steve McQueen and Dustin Hoffman — brought in an estimated $1.15 million from 544 theaters. Searching, starring John Cho and Debra Messing, earned an impressive $360,000 from just nine locations. It's expected to open nationwide next week.