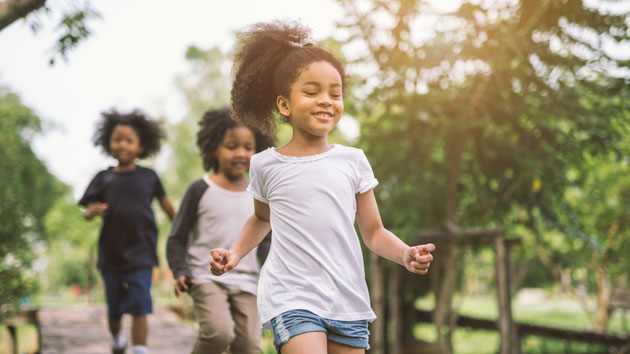 iStock/Thinkstock(NEW YORK) — The fear of judgment is a real human concern – and may begin as early as 14 months, a new study shows.
Researchers at Emory University looked at the behavior of 144 children, ages 14 to 24 months, in a variety of scenarios. In the first scenario they observed children when they were in contact with either an attentive or an inattentive adult. When adults were inattentive, children were more likely to explore an attractive toy, compared to when adults were watching the child’s every move, showing that children are in general, are sensitive to having an audience.
“We really care about what people think about us, and it drives our behavior,” said Sara Botto, lead author, PhD. Candidate at Emory University Department of Psychology, in an interview with ABC News.
The next scenario explored whether the same aged children would consider not only attention, but also the values – positive or negative – that the adult expressed for two different outcomes to a situation. Children behaved in ways that were positively valued by the adult (i.e., the adult said things like “Wow! Isn’t that great?”) when the adult was paying attention, but were more likely to engage in negatively valued behaviors (i.e., the adult said things like “Uh oh! Oops, oh no!”) when the adult was not paying attention.
“This pattern of behavior resembles that of older children and adults, who tend to reproduce behavior that is positively valued by others when others are attentive but are more likely to behave in a way that might be negatively evaluated — like cheat or steal more — when they are not being watched,” Botto said.
To see whether children were actually paying attention to the reactions of experimenters, researchers watched the children’s behaviors when the adults had neutral attitudes (i.e. didn’t react to what the children did) and the children no longer chose one outcome over another.
In the final scenario, children not only factored in whether they were being observed, but also took in to account who was observing them. Children engaged in a positively valued behavior when being watched by the adult with the positive outlook and stopped the behavior when being watched by the adult with the negative outlook.

So what does this tell us?
“At this age they aren’t potty trained and can’t talk but are already coding people’s different evaluations and incorporating them in to their behaviors. It’s pretty fascinating,” said Botto.
Previous studies have shown the development of this concern for judgment, and social embarrassment appearing by the age of 4 or 5 in children.
The current study, showing this concern manifests much earlier, encourages parents to give consideration to their own interactions with young children and how the presence of others may affect a young child’s behavior.
Kids fear being negatively evaluated and judged, said Dr. Lama Bazzi, from the American Psychiatric Association Board of Directors, in an interview with ABC News. “That fear leads them to have inhibited temperaments in infancy and early childhood and could risk them developing social anxiety in later years.”
She adds that parenting style is a key player in a child’s development of fear and judgment.
“The key is communicating and to have clear expectations of a child – meaning they know what rules they have to follow, and they know they will be safe and secure, without judgment in any situation as long as they follow the rules.”
For younger children, Bazzi highlights the importance of understanding nonverbal cues – those that children give you when they don’t feel safe. “Hugging them, and praising good behavior will help extinguish inhibition and fear.”
Botto is currently studying even younger children to see whether the sensitivity for others' judgment may emerge even earlier than she has found now. “Children are smarter than we may think and they are extremely attuned to your reactions and what you value. They readily use that information to behave and interact with the world.”
Copyright © 2018, ABC Radio. All rights reserved.