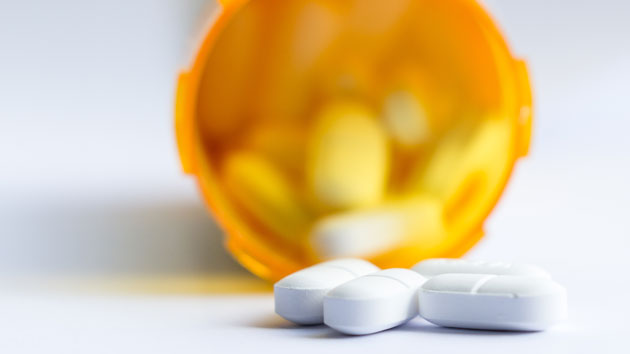 iStock/Thinkstock(NEW YORK) — Not much is known about how teens and children use prescription medications, but a new study published in Pediatrics provides some insight.
Researchers from the University of Illinois at Chicago looked at how many prescriptions are being issued to this age group, how many medications they were taking at one time, as well as major drug interactions.
The authors collected health information of over 23,000 children 19 years and younger using the National Health and Nutrition Examination Survey from 2003 to 2014. Nearly one in five children and adolescents used at least one prescription medication; approximately 7.5 percent used two or more and the use of prescription medications was the highest among adolescent girls (28 percent) and boys ages 6 to 12 years (26.5 percent).
Among those using multiple medications, one in 12 was at risk for a major drug interaction, and the vast majority of these potential interactions involved antidepressants. Adolescent girls were at a higher risk of interacting drug regimens compared to other groups, largely because of their higher rate of medication use.
“Drug interactions occur when one medication impacts the way another medication works on the body and how the other medication is broken down and cleared by the body,” says Jeanette Trella, Managing Director of the Poison Control Center at The Children’s Hospital of Philadelphia, in an interview with ABC News. “This can result in increased risk of side effects; loss of effectiveness when one medication causes low levels of another; and increase in toxicity when one medication prevents the other from appropriately clearing out from the body.”
The authors note that their findings should bring particular attention to medication safety. Despite the implementation of national programs focusing on medication safety, side effects related to medications remain a leading cause of injuries and death among children and adolescents in the United States. According to the Centers for Disease Control and Prevention, approximately 200,000 children and teens visit emergency departments each year because of side effects related to medications.
A glimpse into a larger issue
“Adverse drug events are a leading cause of injuries and death among both children and adolescents in the U.S.,” said Dr. Dima Qato, Associate Professor of Pharmacy Systems, Outcomes and Policy at the University of Illinois at Chicago College of Pharmacy and lead author of the study, in an interview with ABC News. “Information on how younger populations use prescription medications that could potentially lead to these adverse events, however, is lacking.”
Trella agrees. “When it comes to children, many medications are not adequately studied, so we sometimes get surprised by the effects medications may have on children that we may not see in adults.” She adds that with each new medication, whether prescription, over the counter, and dietary supplement, the risk of adverse reactions, drug interactions or medication errors increases. “The risk of it falling into the wrong hands, the hands of a toddler exploring his or her environment or the hands of a teenager looking to harm him or herself or to get high, also increases.”

“Medical providers, including those based in retail clinics, emergency rooms, schools, should ask children, adolescents and their parents about all their medications, including medications used to treat acute ailments,” says Qato. “Medical providers should also be aware of the potential risks associated with the concurrent use of prescription medications.”
Other experts argue that raising professional awareness may not be enough. In a commentary article to the study in Pediatrics, Dr. Stephen Downs, Professor of Pediatrics at Indiana University School of Medicine, advocates for a more automated process, one embedded in an electronic medical record to alert the prescriber to dangerous drug interactions before a prescription is written.
Despite efforts made at the provider and system level, responsibility also comes down to the individual patient. “Inform all your providers, including pharmacists, of all medications you are taking or plan to take,” says Qato. “Before purchasing any over-the-counter products or starting a new drug, you should ask your doctor or pharmacists about all the potential side effects and drug-drug interactions associated with the medication.”
“It really helps to try to use the same doctor and same pharmacy so that the records can be updated,” adds Trella. She also recommends keeping the names and doses of the medications on a list in your wallet or in your phone.
For more information on medication side effects, both the American Academy of Pediatrics and the CDC have guidance on medication safety for parents of children and teens.