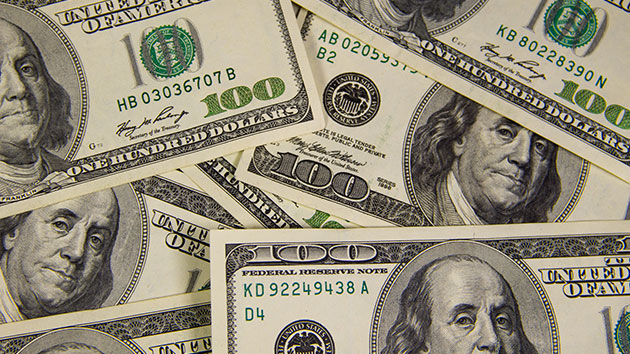 iStock/Thinkstock(NEW YORK) — CEOs at the 350 largest U.S. companies received 312 times as much in compensation as typical employees in 2017, according to a study released Thursday.
The average chief executive received $18.9 million last year, a 17.6 percent increase from 2016, as the wages of a typical worker rose just 0.3 percent, according to research by the Economic Policy Institute, a Washington-based think tank.
The highest CEO-to-worker pay ratio ever recorded is 344-to-1, in 2000.
In 1965, it was 20-to-1.
In 1989, it was 58-to-1.
Last year, it was 270-to-1.
"CEO compensation has grown far faster than stock prices or corporate profits," EPI said in an online summary of the findings. "CEO compensation rose by 979 percent [based on stock options granted] or 1,070 percent [based on stock options realized] between 1978 and 2017."
"CEO pay continues to be very, very high and has grown far faster in recent decades than typical worker pay," the summary continued. "Higher CEO pay does not reflect correspondingly higher output or better firm performance. Exorbitant CEO pay therefore means that the fruits of economic growth are not going to ordinary workers."
The median household income in the U.S. in 2016 was about $59,000, according to a U.S. Census report released last year.
EPI, according to its website, is "an independent, nonprofit think tank that researches the impact of economic trends and policies on working people in the United States."
Copyright © 2018, ABC Radio. All rights reserved.