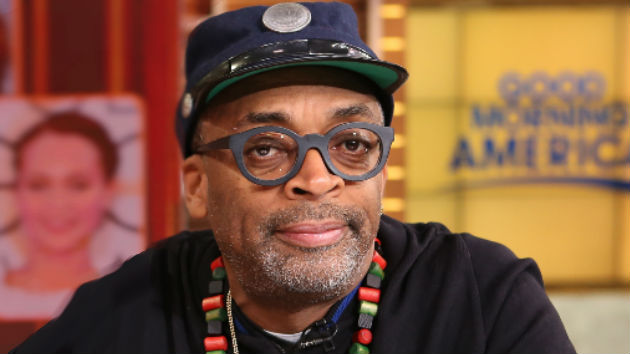 Earlier this week, the Sorry to Bother You director issued a three-page critique of the film, calling out Lee for putting out a "made-up story," and turning Stallworth into a "protagonist" when he was not. Riley's issue has to do with the fact that Stallworth, in addition to infiltrating the KKK, also infiltrated the Black Panthers.

According to Spike, he's not interested in participating in a war of words that will likely take away from his film and its purpose.

“I’m a young chap, a young man aged 61, but before I was an even younger chap. Now when I get a hint that this stuff is maybe going to dilute the message of my film, I know it is not going to do me any good to comment," he said to Entertainment Weekly.
Speaking specifically about Riley's criticism, Lee continued, "Well, I’m not going to comment on that. Look at my films: they’ve been very critical of the police, but on the other hand I’m never going to say all police are corrupt, that all police hate people of color. I’m not going to say that. I mean, we need police."

Lee also expressed he's aware of others criticism about his strong narratives.

"Unfortunately, police in a lot of instances have not upheld the law; they have broken the law," he said. "But I’d also like to say, sir, that black people are not a monolithic group. I have had black people say, ‘How can a bourgeois person like Spike Lee do Malcolm X?'”
BlacKkKlansman, which stars John David Washington, Laura Harrier and Corey Hawkins is in theaters now.

Spike Lee, Viola Davis and Phylicia Rashad celebrate Chadwick Boseman in Netflix’s ‘Portrait of an Artist’
Mayim Bialik explains why ‘Call Me Kat’ is like a “warm chocolate chip cookie”
“I’m OK with it”: ‘Mom’ star Allison Janney explains why she was never a mom in real life
Daniel Brühl explains why it was so refreshing to have “some sense of humor” in ‘The Falcon and The Winter Soldier’
Benedict Cumberbatch explains why he believes he was COVID-19 “patient zero”
Bob Odenkirk explains why he’s no stranger to reinventing himself at age 58