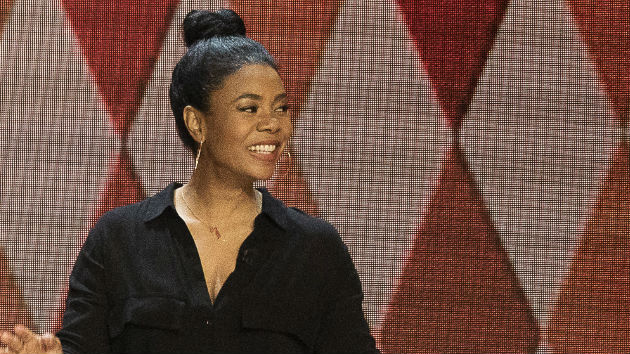 In her latest film, Support the Girls, Hall plays Lisa, a manager at a Hooters-like sports bar called Double Whammies. During the course of what can be described as the worst day of her life, Hall's character must hold down her bar against belligerent customers and an unstable owner — all while managing a group of women who clearly need her help. Hall says she enjoyed jumping into the role.

"It was just, it was a different character, which I loved," Hall tells ABC Radio. "I loved the script. I loved the simplicity of the story… the humanity of the story. And I always try to do something different. And she felt different than Girls Trip and some of the bigger movies. I just really enjoyed what I could bring to it."

While Regina enjoyed the easiness of the role, the actress also says she found her character extremely relatable.

"I think that's all we do as women a lot of times," Hall says. "I think we plow through and we take care of everyone else. And in spite of what it may be doing to us…I just felt emotional to be able to see a woman — and then a black woman — to do a part that wasn't necessarily traditionally for any race."

According to Hall, it was also an opportunity to play someone "nurturing," complex and "flawed."

"It's kind of like the breakdown or the realization of a woman's life in that one day," she adds. "And it seemingly is just like any other day. It was interesting emotionally to go to the point where you really are a part of something and you're also masking what you really are feeling."

Support the Girls is now in theaters.