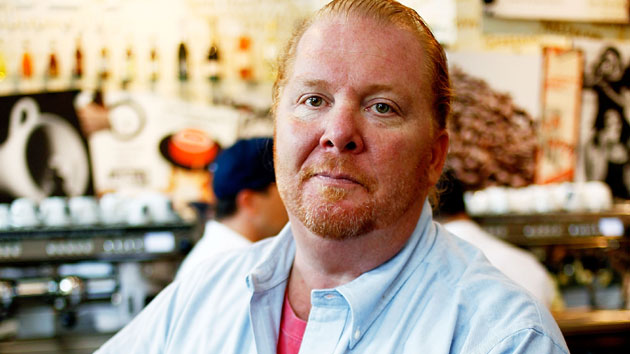 Joe Kohen/WireImage(BOSTON) — Mario Batali is being sued by a Massachusetts woman who claims the celebrity chef forcibly kissed and groped her at a Boston restaurant in April 2017, according to a court documents obtained by the Boston Globe.

The lawsuit, filed Wednesday in Suffolk Superior Court in Boston, alleges that when Batali spotted Natalie Tene, 28, taking a photo of him with her phone camera, he invited her to take a selfie with him.

The suit then claims that when she approached Batali, he "grabbed and kissed Ms. Tene's face, rubbed her breasts, grabbed her buttocks, put his hands between her legs and groped her groin area, and kept forcefully squeezing her face into his as he kissed her repeatedly,”

“Without asking her permission or giving her any warning, and without having received any indication that she had any sexual interest in him whatsoever, which she did not, Batali sexually assaulted her,” the complaint alleges. “Batali’s actions…were unwanted and disgusting, and made Ms. Tene feel shocked and highly uncomfortable.”

“What Natali went through was a nightmare,” her lawyers, Eric Baum and Matthew Fogelman, said in a statement obtained by the Globe. “Nobody should ever be subjected to this type of conduct. As a fan of Mario Batali, all she wanted to do was innocently take a picture with him. Without warning, he then sexually assaulted her."

"Mario Batali’s actions were humiliating and degrading," the statement continues. "This lawsuit shines a light on a serious, frequently occurring issue that must be addressed and stopped.”

Tene is seeking unknown damages “for the severe emotional distress she suffered,” including anxiety, self-doubt, and “a specific fear of being assaulted and/or touched in an inappropriate manner in public,” according to the complaint.

Last December, four women came forward and told the website Eater that Batali had sexually harassed them, after which he was asked to leave ABC's The Chew. He also offered to step away from the day-to-day operations of his worldwide restaurant empire, the Batali and Bastianich Hospitality Group.

The lawsuit filed in Boston on Wednesday cites that report, as well a 60 Minutes segment that aired in May, in which an unidentified former employee of the 57-year-old chef and former TV star claimed he drugged and assaulted her at a popular New York City restaurant more than a decade ago. In a statement to the show, Batali “vehemently” denied that he sexually assaulted the woman.