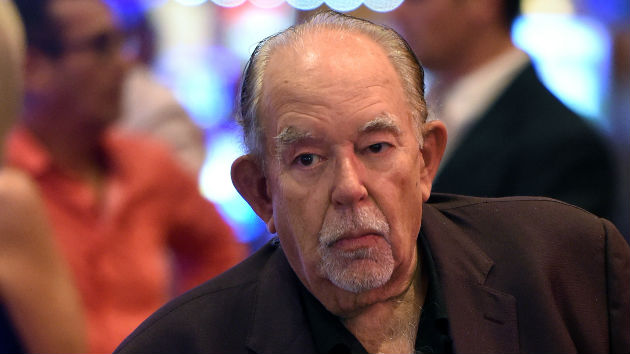 Ethan Miller/Getty Images(LAS VEGAS) — No more champagne wishes and caviar dreams: Robin Leach, the British-born host of the iconic show Lifestyles of the Rich & Famous, has died, days before his 77th birthday on August 29.

The Las Vegas Review-Journal, a newspaper for which Leach had worked in recent years, published a statement from Leach's son, Steven. “Despite the past 10 months, what a beautiful life he had. Our Dad, Grandpa, Brother, Uncle and friend Robin Leach passed away peacefully [Thursday] night at 1:50am."

It continued. "Everyone’s support and love over the past, almost one year, has been incredible and we are so grateful. Memorial arrangements to follow.”

Leach had suffered a stroke in November of 2017 while on vacation in Cabo San Lucas.

Leach, who helped launch Entertainment Tonight in the '80s, first found fame in 1994 with Lifestyles of the Rich and Famous, a show he co-created with producer Al Masini. It ran from 1984 to 1995 and documented the over-the-top lives of celebrities, including their homes and vacations. Offering a peek into the world of stars and millionaires, Lifestyles is said to have paved the way for shows like MTV Cribs and other celebrity-focused reality shows.

The show allowed Leach to join in the multi-millionaire lifestyle he documented, and he became a household name, the subject of pop culture parodies. He also earned shout-outs in rap lyrics by the Notorious B.I.G. and Ludacris.

In 1999, Leach moved to Las Vegas and became a journalist, chronicling the Sin City celebrity and food scene. Leach also helped start the Food Network, and was a noted philanthropist.