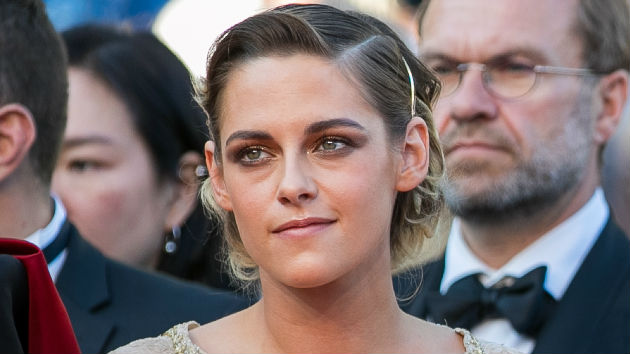 Photo by Marc Piasecki/WireImage
Posted on August 26, 2018 by ABC News

Photo by Marc Piasecki/WireImage(LOS ANGELES) — Kristen Stewart is working on the latest big-screen reboot of the classic '70s TV show Charlie's Angels, and she tells Entertainment Tonight that she's pretty psyched about it, even though she understands some might be skeptical about the project.

Stewart says, "It is true, I think, [that people's]…immediate response [may not be, 'It's] something we would have to see again because the one I grew up with was so much fun,'" Stewart says.

But, she notes, "The re-imagining is so grounded and well-intentioned and really shows the way women can work together now."

Naomi Scott and Ella Balinska are joining Stewart in the "modern and global" retelling of Charlie's Angels directed by Pitch Perfect's Elizabeth Banks.

The Sony Pictures project, set for a September 27, 2019 release, will also be co-written by Banks, who's playing the traditionally male role of Bosley.

The original Charlie's Angels TV show ran from 1976-1981, and starred Kate Jackson, Farrah Fawcett, and Jaclyn Smith as a trio of smart, stunning private eyes who worked for the never-seen Charles Townsend. Their handler Bosley was played by the late David Doyle.

Charlie's Angels was then rebooted by ABC in 2011 for a short-lived series featuring Jessica Jones co-star Rachael Taylor, Minka Kelly, Annie Ilonzeh, and Victor Garber in the leads.