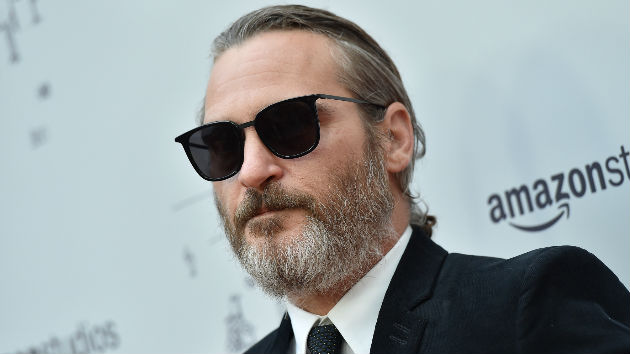 Photo by Axelle/Bauer-Griffin/FilmMagic
Posted on August 26, 2018 by ABC News

Photo by Axelle/Bauer-Griffin/FilmMagic(LOS ANGELES) — If you're a Batman fan who can't see Oscar-nominated actor Joaquin Phoenix as The Joker, well, he doesn't care what you think.

The Oscar nominated actor, who can be a challenging interview, demonstrated that particular quality again in a chat with IndieWire about his upcoming look into the life of the Clown Prince of Crime.

Phoenix was asked about playing the comic book villain for Hangover series director Todd Phillips, seeing how varied fan reaction has been to various actors' portrayals of The Joker in recent history. Jack Nicholson played him in Tim Burton's 1989 Batman. Heath Ledger won a posthumous Oscar for playing the role in The Dark Knight, and Jared Leto had an extremely odd take on the Joker in Suicide Squad.

"I could care less," Phoenix said plainly. "I don’t really think that much about what people think."

The actor said in terms of preparation for the role, "My approach to every movie is the same. What I’m interested in is the filmmaker and the idea of the character."