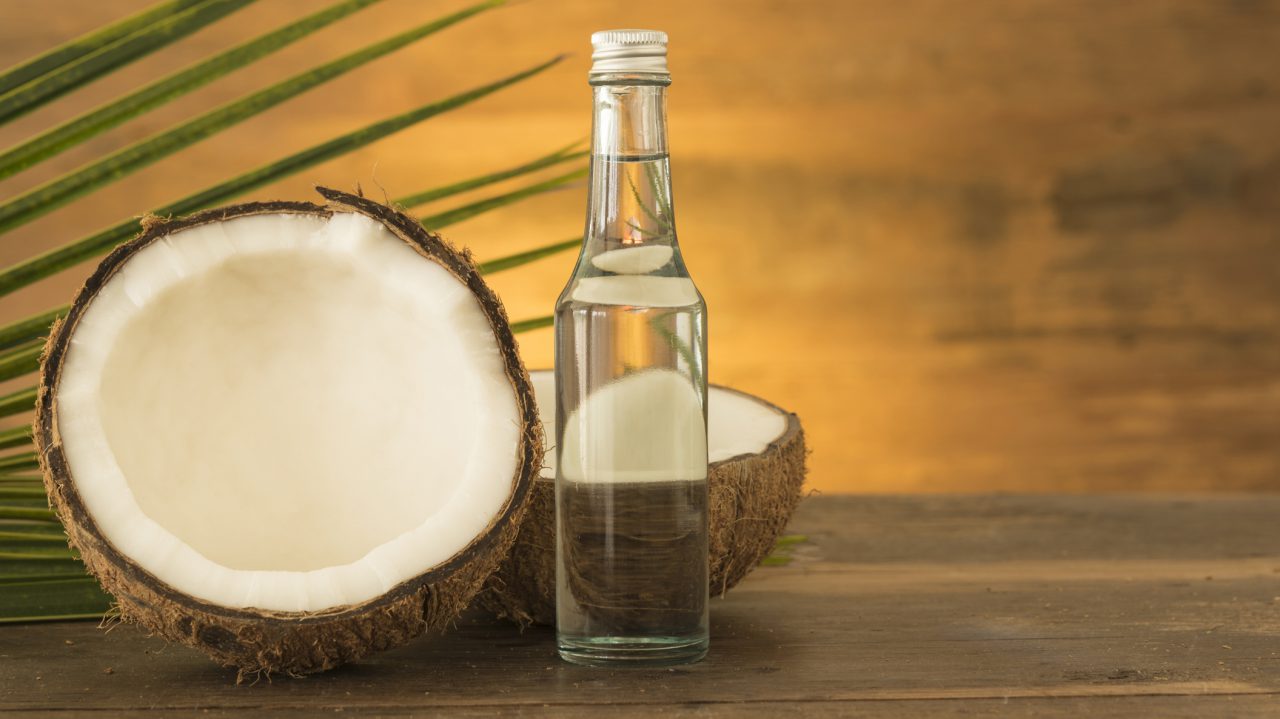 iStock/ThinkstockBY: DR. ADITI VYAS
(NEW YORK) — Despite the huge popularity of coconut oil and many praises it's received from healthy-eating advocates, a Harvard professor's scathing criticism of the trend has stirred up a flurry of debate and conversation.
At a recent talk at the University of Freiburg, Karin Michels called coconut oil "pure poison" and urged people not to eat it.
In the 50-minute lecture titled "Coconut Oil and Other Nutritional Errors," Michels, director of the Institute for Prevention and Tumor Epidemiology at the University of Freiburg and professor at the Harvard TH Chan School of Public Health, said the much-beloved sweet-tasting oil is the worst thing you can put in your body.
This isn’t the first time coconut oil has come under scrutiny, leaving many questions about its health benefits versus risks.

What is coconut oil and what are the concerns?
Coconut oil contains more than 80 percent saturated fat, which makes it solid at room temperature. In comparison, the animal-based fat lard contains 40 percent saturated fat and butter contains about 27 percent — less than a third of coconut oil’s saturated fat content.
"Once you raise your LDL cholesterol, you put yourself at risk for heart disease," Dr. Robert Segal, Cardiologist and Founder of Manhattan Cardiology, and Co-founder of LabFinder.com told ABC News. "What some people don’t realize because instead of doing their research, they followed a health trend, is that coconut oil actually has more fat in it than lard or butter."
Last year, the American Heart Association said that because of its high saturated fat content, coconut oil raises bad cholesterol, or LDL, which is known to cause heart disease. The group found that only 37 percent of certified nutritionists agreed that coconut oil is healthy. The AHA recommended that the public should opt for naturally occurring vegetable oils such as canola, safflower, sunflower or olive oil.
What to look for when purchasing coconut oil and how much to consume?
The popularity and marketing of coconut oil may have obscured some important information about the fat and the variety of different labels can be confusing. Coconut oil could also be confused with other coconut-based products.
"The misconception that coconut oil is healthy is likely due to a swell of marketing efforts from the coconut oil industry, or because people are confusing coconut oil benefits with those of coconut water," Segal added.
Coconut oil should be purchased in its natural state — as a solid. The beneficial fatty acids in coconut oil are naturally solid at room temperature. In addition, edible liquid coconut oil has gone through processing and other chemicals may have been added.
"Eating a healthy balanced diet is better than consuming a manufactured supplement that you’re not sure what processes it went through while being manufactured," Segal said.
For those who are concerned about lowering their cholesterol, the American Heart Association recommends "reducing saturated fat to no more than 5 to 6 percent of total daily calories. For someone eating 2,000 calories a day, that’s about 11 to 13 grams of saturated fat."
One tablespoon of coconut oil contains more than 11 grams of saturated fats, according to the Federal National Nutrient Database. That’s nearly the entire daily limit the American Heart Association recommends — 13 grams.
"The American Heart Association recommends limiting saturated fats and tropical vegetable oils, such as coconut oil, containing high levels of saturated fats," said Dr. Frank M. Sacks, Professor of Cardiovascular Disease Prevention at Harvard T.H. Chan School of Public Health, Professor of Medicine at Harvard Medical School, and Senior Physician at Brigham & Womens’ Hospital said in a statement to ABC News. He said rigorous clinical trials and observational studies both show that replacing saturated fats with unsaturated fats helps reduce heart disease and related deaths.

Does coconut oil have some health benefits?
Yes. Coconut oil contains fatty acids with known health benefits. More than 50 percent of the fats in coconut oil are medium chain fatty acids, including lauric acid, which can fight bacteria and may help raise good cholesterol, or HDL.
However, moderation is still important. Experts warn that consuming large amounts of coconut oil will not benefit those at risk for cardiovascular disease.
"The more important thing to remember is the overall dietary picture," Sacks said. "Saturated fats are just one piece of the puzzle. The American Heart Association recommends eating more fruits, vegetables and whole grains and to eat fewer calories, if you need to lose weight."
Coconut oil could have other good uses that don't involve using it as food.
"If you are eating Coconut Oil and using it to cook, you should consider getting your cholesterol checked," Segal said. "Coconut oil is better used on the skin rather than digested and can alternatively be used as an excellent moisturizer."
Aditi Vyas, M.D. specializes in radiology and occupational and environmental medicine and is a resident in the ABC Medical Unit.