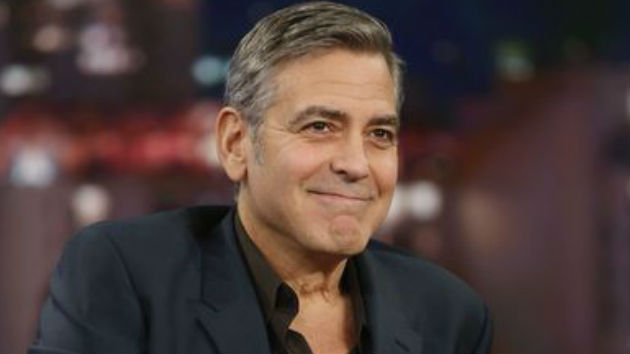 ABC/Randy Holmes(HOLLYWOOD) — George Clooney is the highest-paid actor in the world, according to Forbes.

The A-Lister raked in a whopping $239 million between June 1, 2017 and June 1, 2018. If you’re wondering how he managed to do that without a hit movie during that time, the answer is tequila. Clooney sold his Casamigos Tequila company for $1 billion last June.

According to Forbes, British liquor conglomerate Diageo announced it would purchase Casamigos for $700 million up front, with the potential for an extra $300 million over the next 10 years. As part of the deal, Clooney got an estimated $233 million before taxes. He also earned additional millions from endorsements and older movies.

Clooney beat out Dwayne “The Rock” Johnson, who came in at number two on the list with $124 million. Johnson boasted the largest earnings in Forbes' Celebrity 100 history from acting roles, thanks to his massive upfront paychecks and a cut of profits on films including Jumanji: Welcome to the Jungle.

Robert Downey Jr. rounds out the top three with earnings of $81 million, mostly thanks to his role as Iron Man in the Marvel movie franchise.

The world’s ten highest-paid actors tallied a cumulative $748.5 million, compared to the highest-paid actresses, who earned a total of $168 million. Scarlett Johansson topped that list with earnings of $40.5 million.