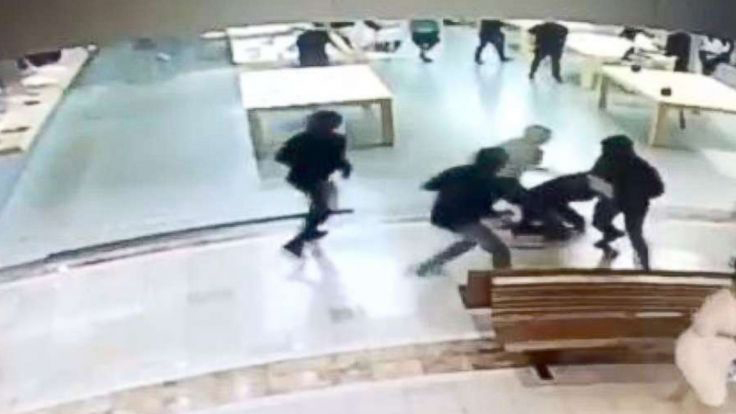 Costa Mesa Police Department(LOS ANGELES) — Multiple suspects are in custody after allegedly robbing a string of Apple stores in California, ABC-owned station KABC-TV reported.
A group of customers helped stop one alleged robbery at a Thousand Oaks Apple store Sunday by holding down two suspects as they attempted to flee, KABC reported. The suspects had allegedly entered the store wearing hooded sweatshirts and grabbed $18,000 in Apple products, according to KABC-TV.
Police then stopped a car in Simi Valley that was traveling at a high rate of speed and discovered Apple merchandise they say was stolen from the Thousand Oaks store and another Apple store, KABC-TV reported. The driver and two passengers were arrested, according to KABC-TV.
On July 7, four people allegedly stole more than $27,000 in Apple products from the Fashion Fair Mall in Fresno, ABC-owned station KFSN-TV reported.
Authorities are now investigating whether the robberies are related, KFSN-TV reported.
"They're actually targeting these Apple stores because of what they have there and there's a network in place to sell these on the secondary market," Capt. Garo Kuredjian of the Ventura County Sheriff's Department told KFSN-TV.
An Apple spokesperson said the company does not comment on security matters.
Ventura County Sheriff's Department did not immediately respond to ABC News' request for comment.