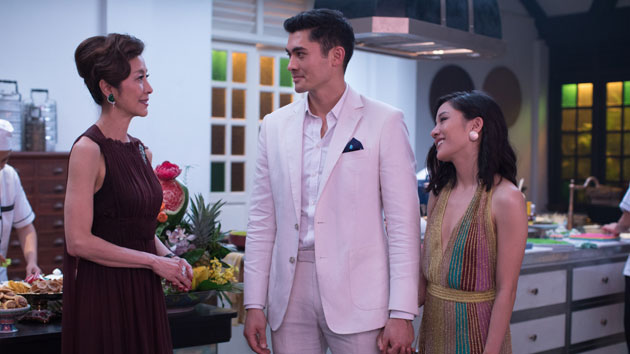 After their film did so well at the box office last weekend, they decided to buy out a theater for another Asian-led film set to debut this coming weekend: Searching, starring John Cho.

“Me and @jonmchu were at the theatre surprising audience members, but had to stop off at a @johnthecho poster for @searchingmovie,” Golding wrote on his Instagram. “We both decided to buy out a cinema when it comes out and spread the support we have been receiving for CRA #GoldOpen… Can’t wait to see it, coming soon!!”

Chu added on Twitter, “@henrygolding and I are Excited to be Buying out a theater for #SearchingMovie starring our brother @JohnTheCho !! Go see this film!!! Fellow Trojan @aneeshchaganty directed it. #GoldOpen #AsianAugust”

In Searching, Cho plays a father whose teenage daughter goes missing. He tries to find clues to her whereabouts by scanning her social media. It opens in select theaters Friday and goes to wide release on August 31.