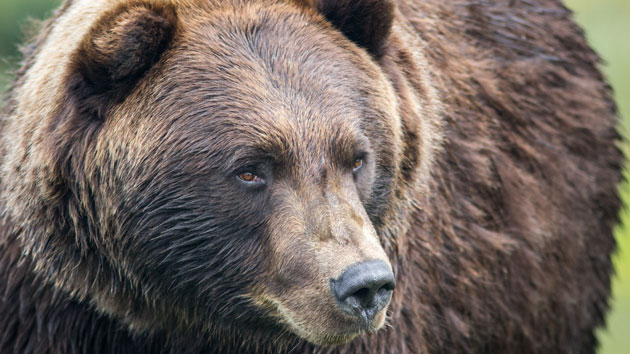 iStock/Thinkstock(YELLOWSTONE NATIONAL PARK, Wyo.) — A bear attacked and injured a 10-year-old boy who was hiking with his family along a trail in Yellowstone National Park on Thursday morning.
The unidentified family of four from Washington state was hiking along the Divide Trail, southeast of the Old Faithful geyser when the animal charged out of the vegetation toward them. The boy tried to run away, but the bear chased him and knocked him down, according to a statement from the National Park Service.
The boy’s parents used bear spray to drive the animal away.
It wasn't immediately clear what caused the bear to attack.
After the attack, the family walked back to the trailhead and drove to the ranger station at Old Faithful, where they were directed to a nearby clinic. The boy was then transferred to Big Sky Medical Center in Montana for puncture wounds to his back, wounds around his buttocks and an injured wrist, park officials said.
The severity of his injuries is unclear.
Yellowstone National Park, which is located mostly in Wyoming but spreads into parts of Montana and Idaho, is home to grizzly and black bears.
It was not immediately known what type of bear attacked the boy. Wildlife and law enforcement officials are investigating the incident and looking for signs that would identify the species involved, park officials said.
In the meantime, the Divide Trail and Spring Creek Trail are temporarily closed.
This is the first bear attack to be reported in Yellowstone National Park since 2015. On average, one bear attack per year occurs in the park.
Three people were killed by bears inside Yellowstone National Park in separate incidents in 2011 and 2015. However, more people have died by drowning or suffering thermal burns from hot springs than bear attacks, according to the National Park Service.
Park officials warn that all of Yellowstone National Park is "bear habitat" and visitors must be prepared for bear encounters no matter where they go.
Copyright © 2018, ABC Radio. All rights reserved.