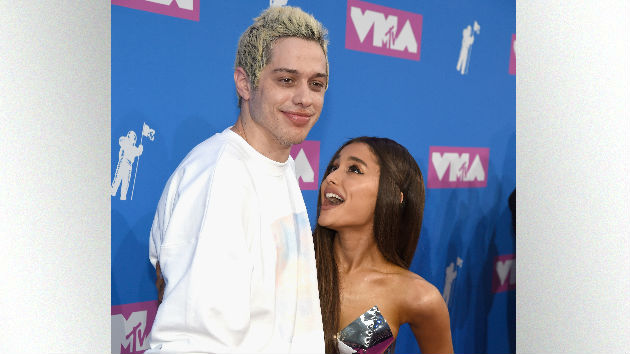 Photo by Kevin Mazur/WireImage
Posted on August 26, 2018 by ABC News

The singer came to her fiance’s defense Thursday night after Barstool Sports posted an article saying Pete had “butthole eyes.” The entire ridiculous article poked fun at the appearance of the SNL star's dark under-eye circles.

Ariana was quick to remind the publication that Pete suffers from Crohn's disease, a chronic inflammation of the gastrointestinal tract.

“y’all do kno this man has an auto immune disease …… right ? ….. like you do understand what you’re doing when u do this right ? jus wanna make sure,” Ariana tweeted in response to the story.

Pete opened up about having Crohn’s back in 2016.

Fans quickly rallied behind Ariana and came to Pete’s defense as well.

“Genuinely imagine having the audacity to write such an awful article as this,” one wrote. “You literally couldn’t pay me enough to do that.”

Tyra Banks defends Olivia Jade ahead of her ‘Dancing with the Stars’ debut: “Olivia is so brave”
Pete Buttigieg, husband introduce their two new babies in family photo
Delta variant is example of evolution before our eyes
Biden defends Afghanistan withdrawal, recommits to evacuate remaining Americans
Biden defends Afghanistan troop withdrawal while leaving some Americans behind
Surgeon General defends US booster shot plan as much of the world awaits vaccines