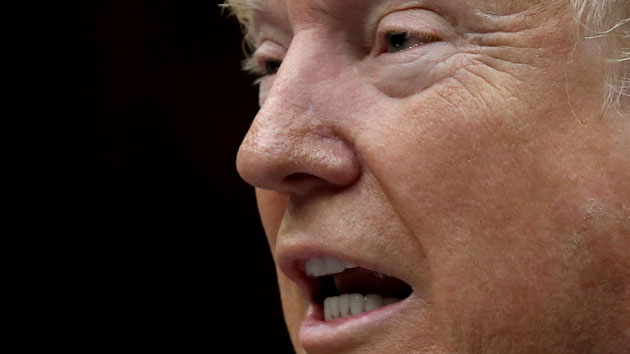 Win McNamee/Getty Images(WASHINGTON) — A key House Democrat on both the Intelligence and Judiciary Committees said Americans should know if President Trump is implicated in any way by the convictions and guilty pleas of some of his former associates.
Democratic Rep. Eric Swalwell of California told ABC News Chief Anchor George Stephanopoulos on This Week Sunday, that in the wake of last week's fraud conviction of former Trump campaign chairman Paul Manafort and the guilty plea by the president's former longtime lawyer, Trump should meet with special counsel Robert Mueller.
“The best thing this president, the best thing he can do is to just sit down with special counsel, come clean, and clear up these questions that exist," Swalwell said. "The American people deserve to know if the president is as corrupt as the people who have pled guilty around him.”
Swalwell is the only Democrat to serve on both the House Intelligence and Judiciary Committees, both of which would have power to investigate the president, which the congressman said the House will do if Democrats gain control in the November midterm elections.
"If we are given the majority that we will conduct the investigations the Republicans are unwilling to conduct," Swallwell said.
He said possible investigations include on Trump's "contact with the Russians, and including his tax returns, which the American people have not seen but I promise a Democratic majority will ensure that they do see.”
Swallwell said Democrats would also probe whether the president violated campaign finance laws through alleged hush-money agreements that Michael Cohen made with two women, Stormy Daniels and Karen McDougal, over their alleged affairs with Trump.
Copyright © 2018, ABC Radio. All rights reserved.

Vaccine rollout: Americans urged to ‘hang tight’ while booking appointments online
Trump makes history as 1st president to be impeached a 2nd time
Trump impeachment live updates: Trump on track to be first president impeached twice
After challenge by Republicans, Democrat Jim Brewster takes seat in PA Senate
All eyes on President Trump as he heads to Texas to visit border wall
Trump, Pence out of sight as Democrats call on vice president to intervene