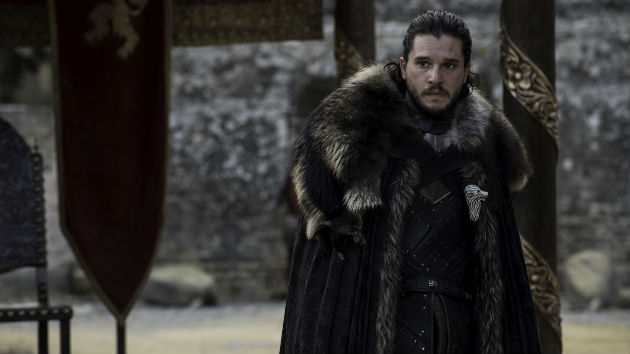 Macall B. Polay/courtesy of HBO(NEW YORK) — There’s still a ways to go before the final season of Game of Thrones premieres on HBO, so why not drown your sorrows in a new beer inspired by Jon Snow?

Entertainment Weekly reports that Brewery Ommegang is releasing King in the North, a new beer described as a barrel-aged imperial stout that’s “brewed to sustain a leader through a long, dark night.”

According to the brewery, the beverage “pours jet black with a thick tan head” and has notes of chocolate, vanilla, coffee and roasted malt up front, followed by smooth bourbon and a hint of oak.

It supposedly pairs well with aged cheeses, rich dark meats and decadent desserts — presumably, all the things you want to eat now that winter is here.

The beer will be available just in time for the holiday season on Black Friday, November 23, and will retail for $12.99 a bottle.