DuBois, PA – Jim Leyland, the former manager of the Pittsburgh Pirates from 1986 to 1996, will be the Parade Grand Marshal at the DuBois Community Day’s Fireman’s Parade!

DuBois Community Days is Friday and Saturday, June 15 and 16 in the DuBois City Park. The Fireman’s Parade kicks off at 5 p.m. Saturday.

Jim Leyland is a retired Major League Baseball manager. He currently serves as a special assistant to the Detroit Tigers and is the manager of the United States National Baseball Team. He led the Florida Marlins to a World Series championship in 1997, and he previously won three straight division titles with the Pittsburgh Pirates in 1990, 1991, and 1992. Leyland is a three-time Manager of the Year award winner, twice in the National League (1990 and 1992) and once in the American League (2006).

The DuBois Community Days committee was excited to bring Leyland into town, not just because of his ties to the Pittsburgh Pirates, but also because of his down-to-earth nature.

Leyland will be at the American Legion Stage in the DuBois City Park starting at 12:15 p.m. on Saturday, June 16, telling stories, answering questions, and giving advice.

This is the 27th Annual DuBois Community Days. It’s a time to get together with your family and friends, listen to some fantastic music, be amazed and delighted by the performances, and enjoy all of that delicious food!

All of the booths within the DuBois City Park on Friday and Saturday are either non-profits or are sponsors of the event. Whenever you buy your meal at Community Days, the money you pay stays in the pockets of local non-profits and charity organizations, staying right here in DuBois.

There is also plenty of great entertainment, with live music at the Edward V. Cherry Amphitheater each night, wandering performers throughout the park and the Pyrotechnic FX Vitale Family Fireworks.

We can’t wait, and we hope to see you at Community Days Friday and Saturday in the DuBois City Park!

Click the photos below to see the full schedule or visit https://duboisfire.com/community-days. 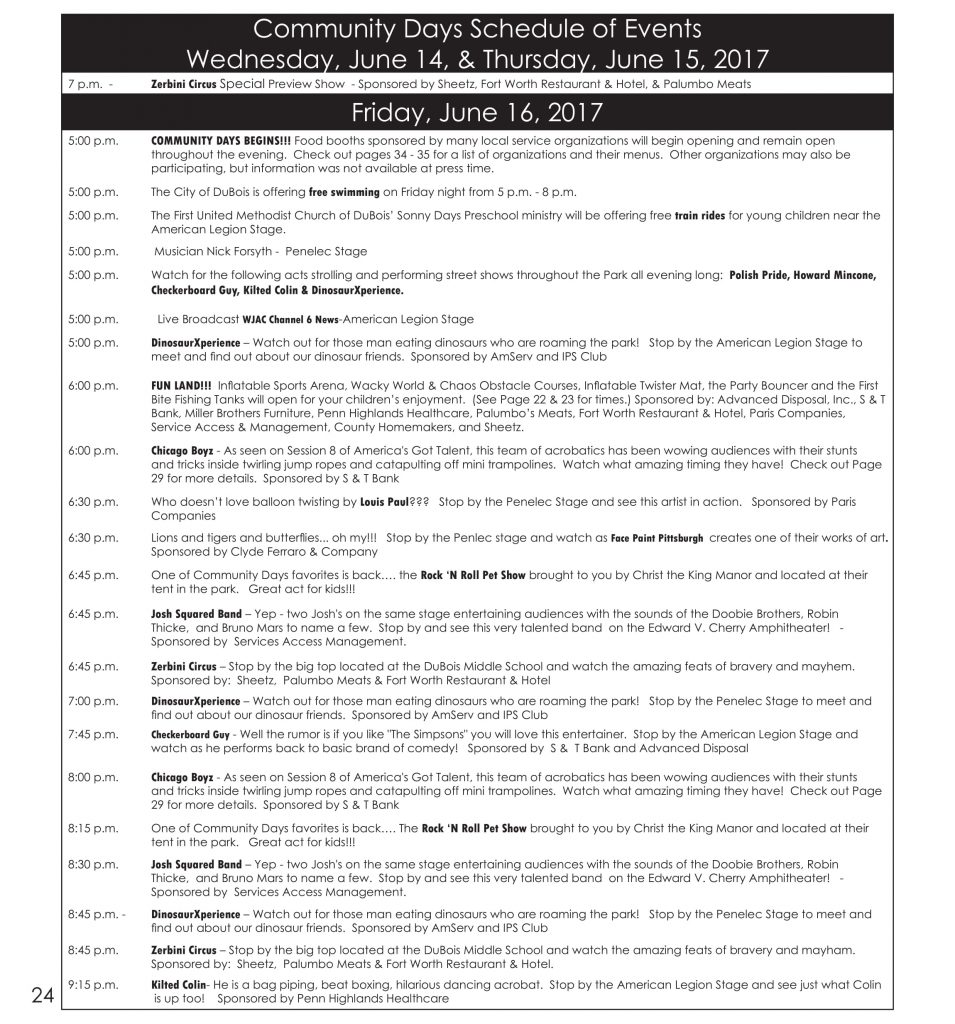 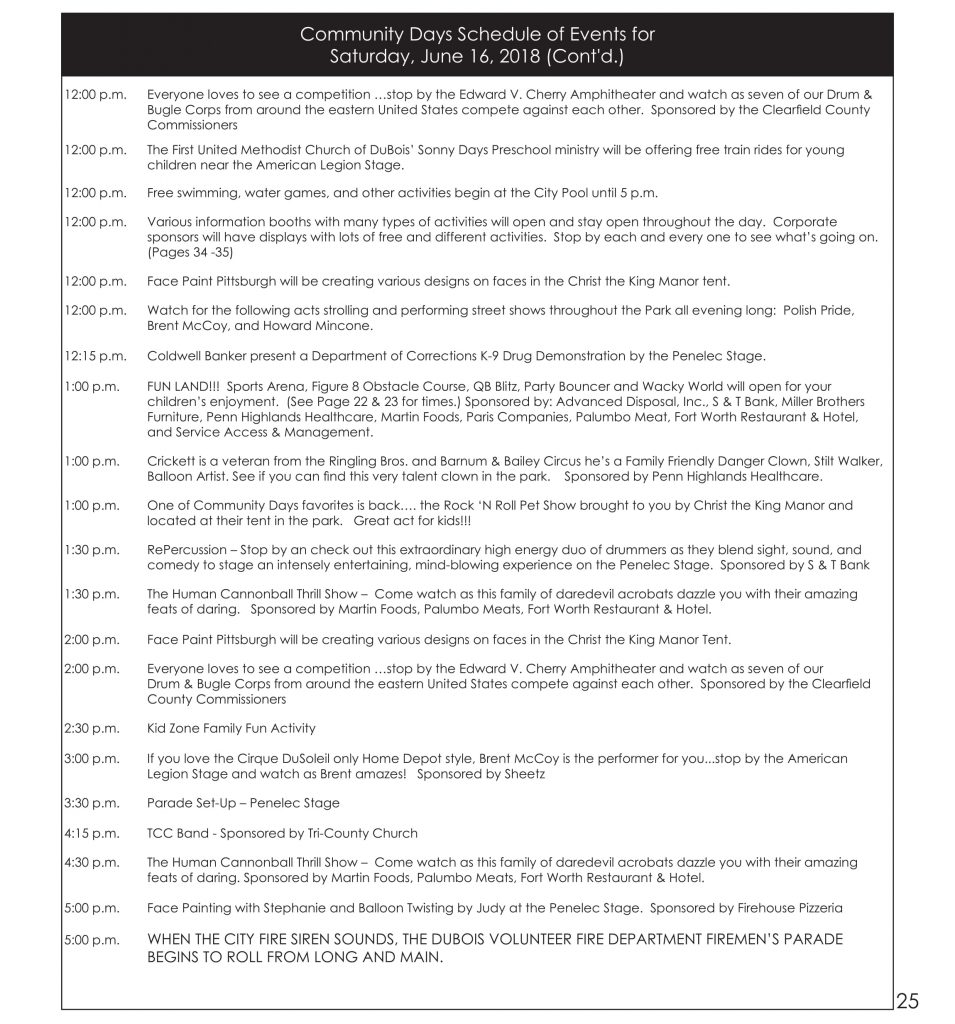 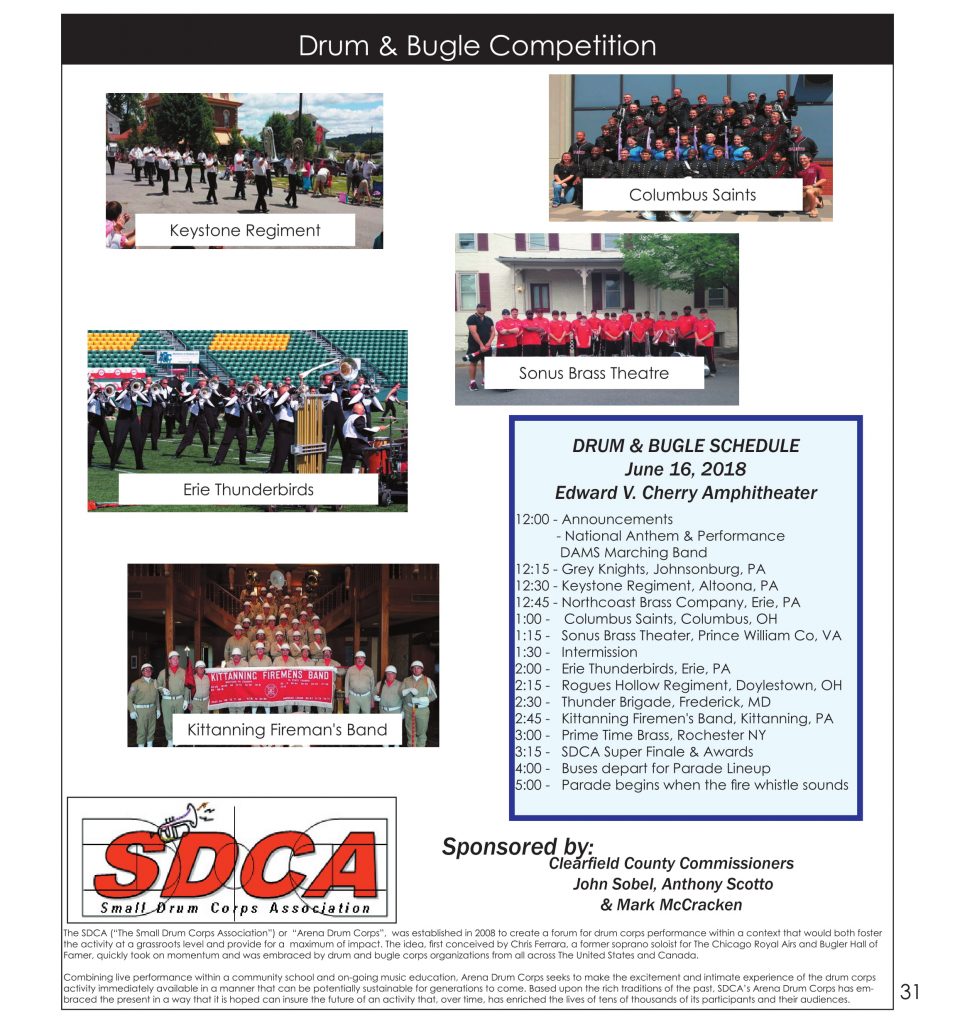 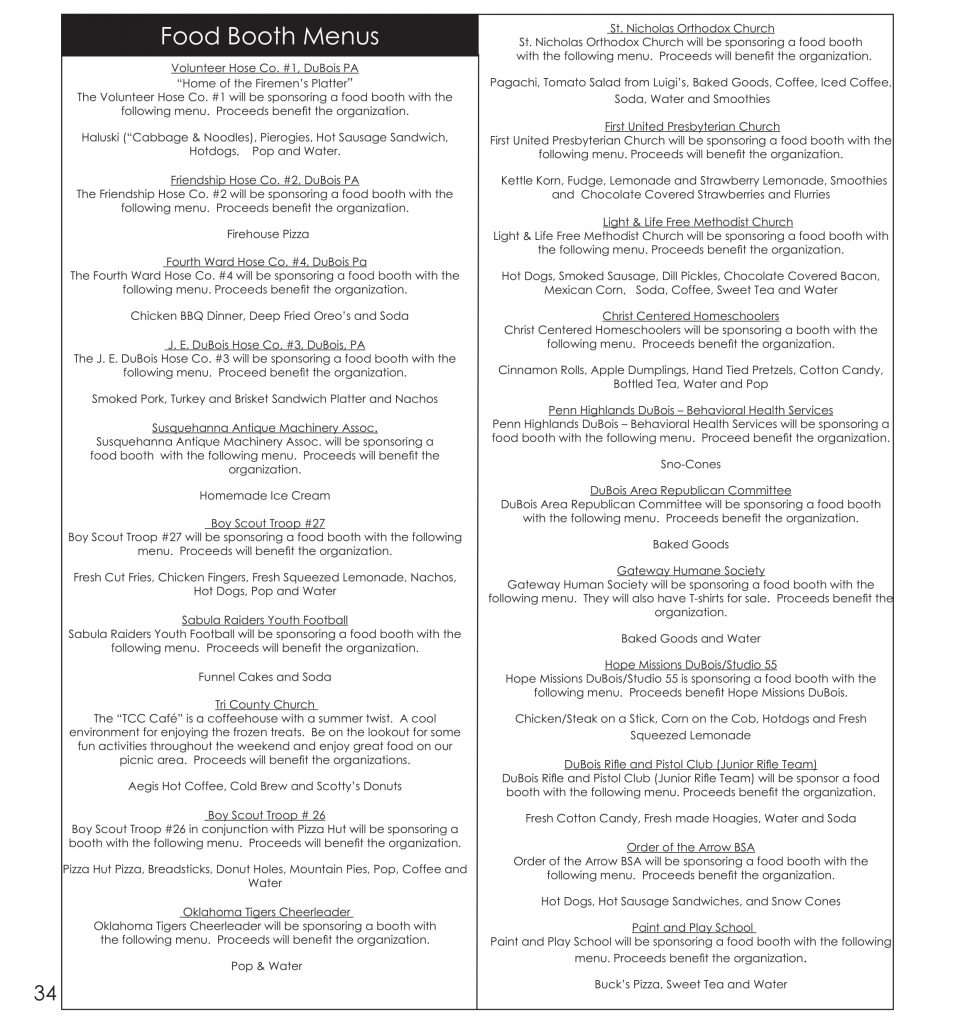 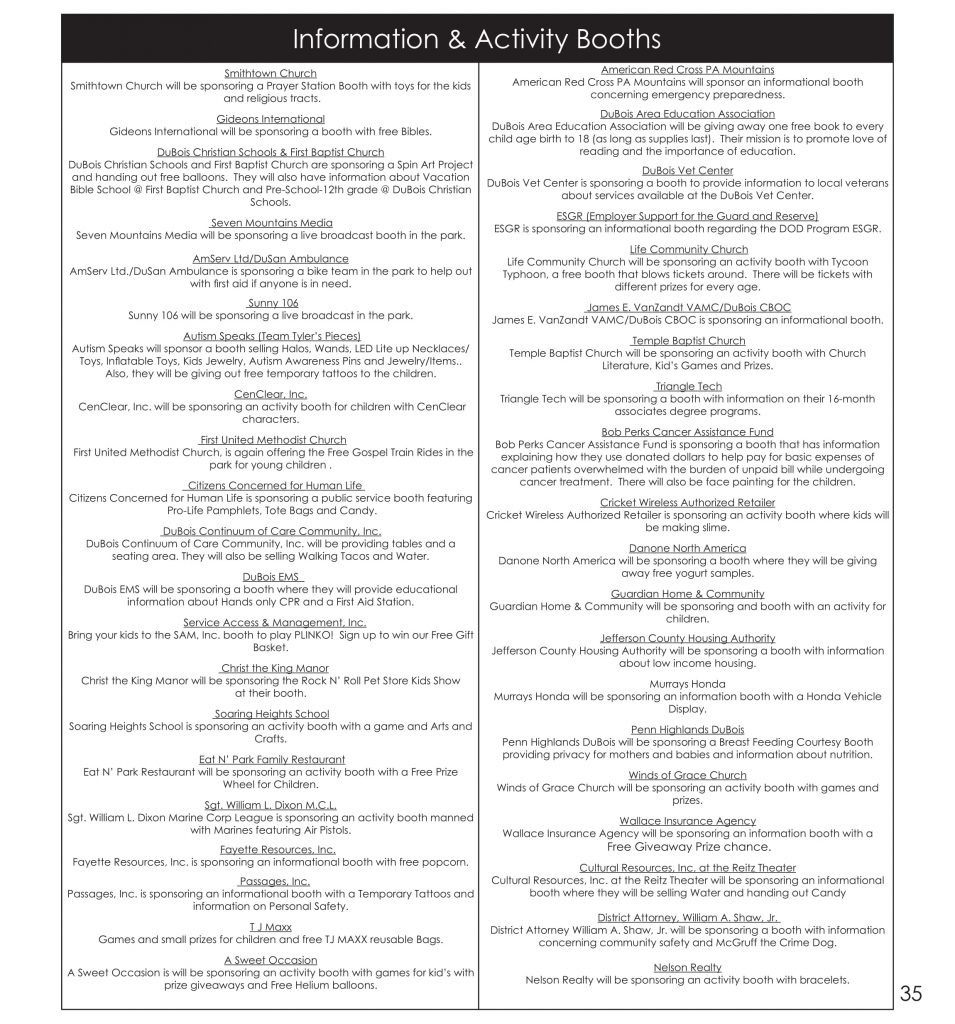 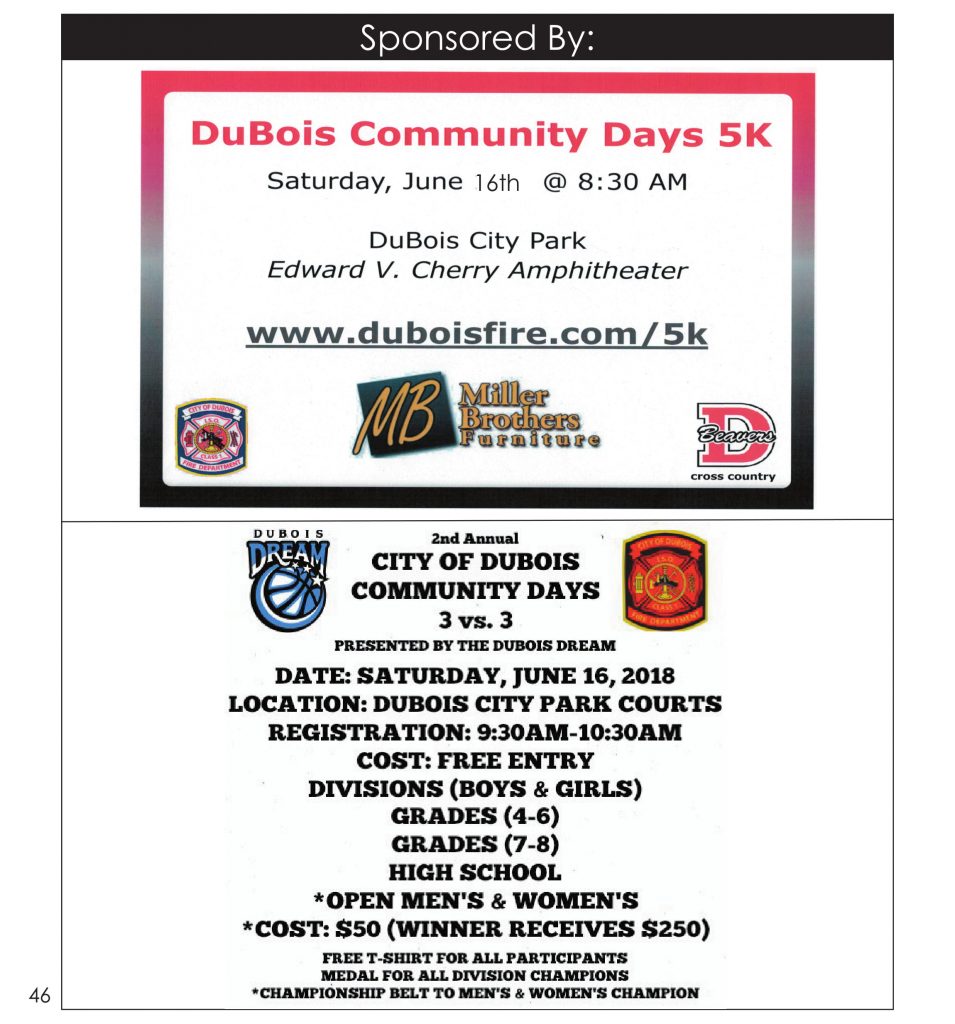