She was presented with her award by DEF president Craig Ball during commencement ceremonies at Penn State DuBois.

The Educator of the Year Award is given annually by the DEF to recognize outstanding teaching.  All nominees must be full-time faculty members with at least one year of prior service at Penn State DuBois.

This honor is based purely on student feedback, as the students submit nominations and the award winner is chosen based on the number and quality of nominations received.

Student nominations praised Reinard with statements such as, “During all of Dr. Reinard’s lectures, she always had this positive energy and presented things with such passion that it made you want to learn. During class, you can tell how much the physical therapy field means to her. She truly wants each student that sits in her class to share that same enthusiasm for physical therapy that she has. It makes learning fun, and you look forward to going to her class to see what new material she has for next time.”

Another student’s nominations said, “Barb is more than deserving of this award as she has dedicated so much of her time in developing the PTA program. She will go above and beyond to make sure her students understand the course content and can be successful.”

Reinard began teaching at Penn State DuBois in 1997. She is also the staff physical therapist and assistant director of Physical/Occupational Therapy at Indiana Hospital where she has worked since 1988. She has served as clinical instructor at the hospital for six years, and as the center coordinator for Clinical Education for five years. 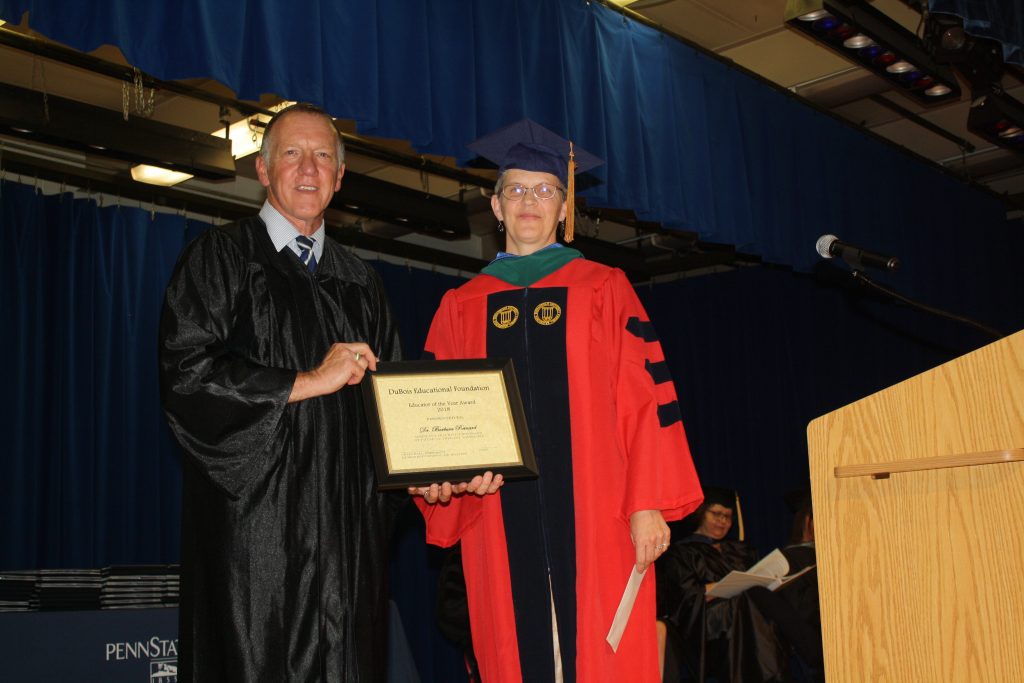