DuBois, PA – Come to the Reitz Theater for their spring play, Harvey, the story of an imaginary 6 ½-foot tall rabbit and the people who think they’re crazy because they see him.

The last chance the see the show is going to be tonight and tomorrow (May 4 and 5) at 7:30 p.m. at the Reitz Theater in DuBois.

Tickets are $10 for adults and $8 for senior citizens and students. 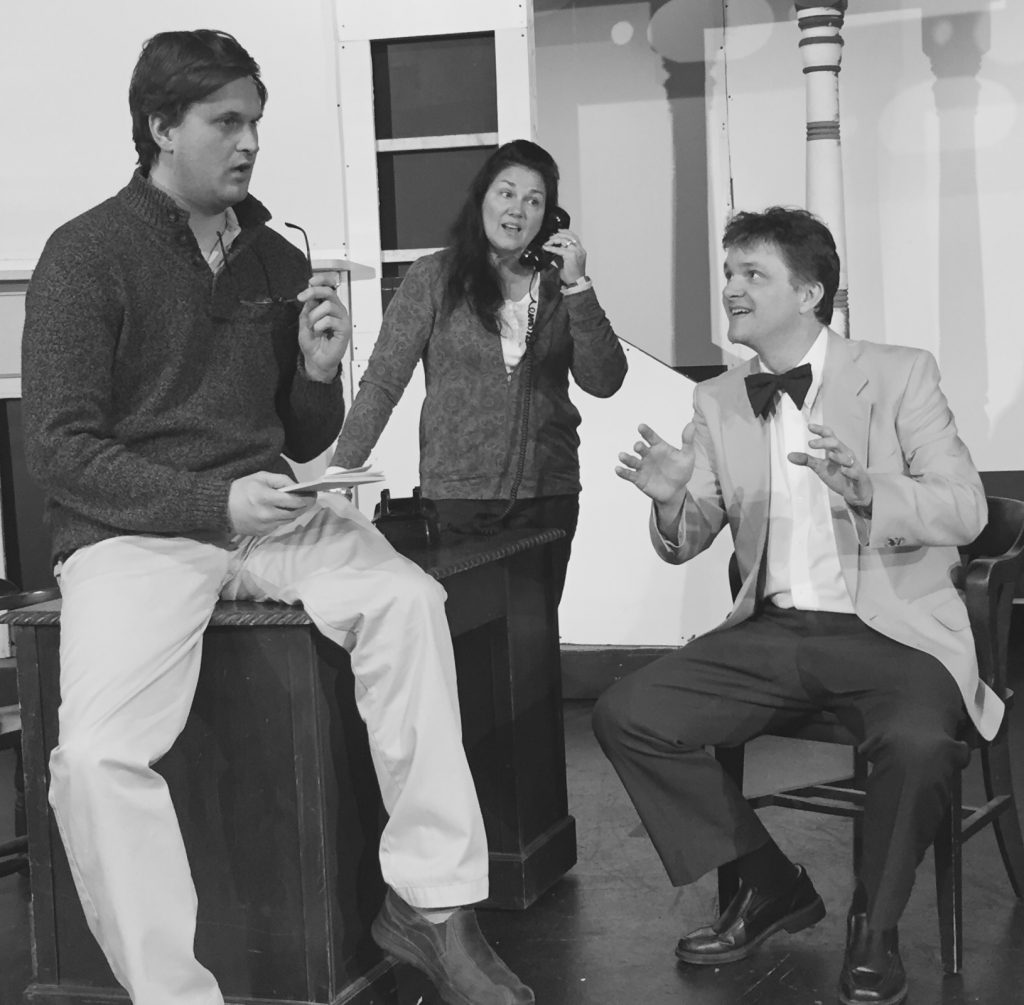 Other events happening at the Reitz soon include the P.A.M. Band playing along with the Phantom of the Opera, plus a writers workshop and summer theater programs for young people.

Broadway violinist and Elk County native, Kurt Coble brings his award-winning robot orchestra “The P.A.M. Band” to The Reitz Theater in DuBois. He’ll be playing the original music along with screenings of the classic 1925 silent film “The Phantom of the Opera.” The performances will start at 7 p.m. on Friday and Saturday, May 11 and 12, at the Reitz Theater. A Sunday matinee will be performed at May 13 at 2 p.m. Tickets are $10.

The Reitz Theater is looking for young actors for its summer theater workshops. These classes are open to anyone from age 6-22. The program costs $50. Registration is open until June 15, but classes fill up quickly. The theme this year is the Super Academy, and actors will be becoming superheroes and super villains! The Super Academy kicks off with a writing workshop on May 12, and the summer workshops are from July 9 until Aug. 11.