Nearly 7 in 10 citations were issued to men, and more than a third were to people in their 20s. State law prohibits texting while driving, and if you’re caught you could face a fine.

Even if you’re not necessarily texting but are using your cell phone or other electronic while driving, you could still face a fine.

But it’s not just about the fact that distracted driving is illegal… it’s also incredibly dangerous. You’re putting yourself and others at risk.

Although most studies show that people think they can handle more than one task at once, the truth is that it takes your eyes away for the road for a dangerously long amount of time and reduces your ability to react.

Talk to your family and make a promise with each other to not become distracted while you’re driving. Many newer phones also have a setting that senses how fast you are going and can be set to automatically not allow it to be used while driving.

Make it a habit to keep your cell phone out of your hands as soon as you get into the driver’s seat. 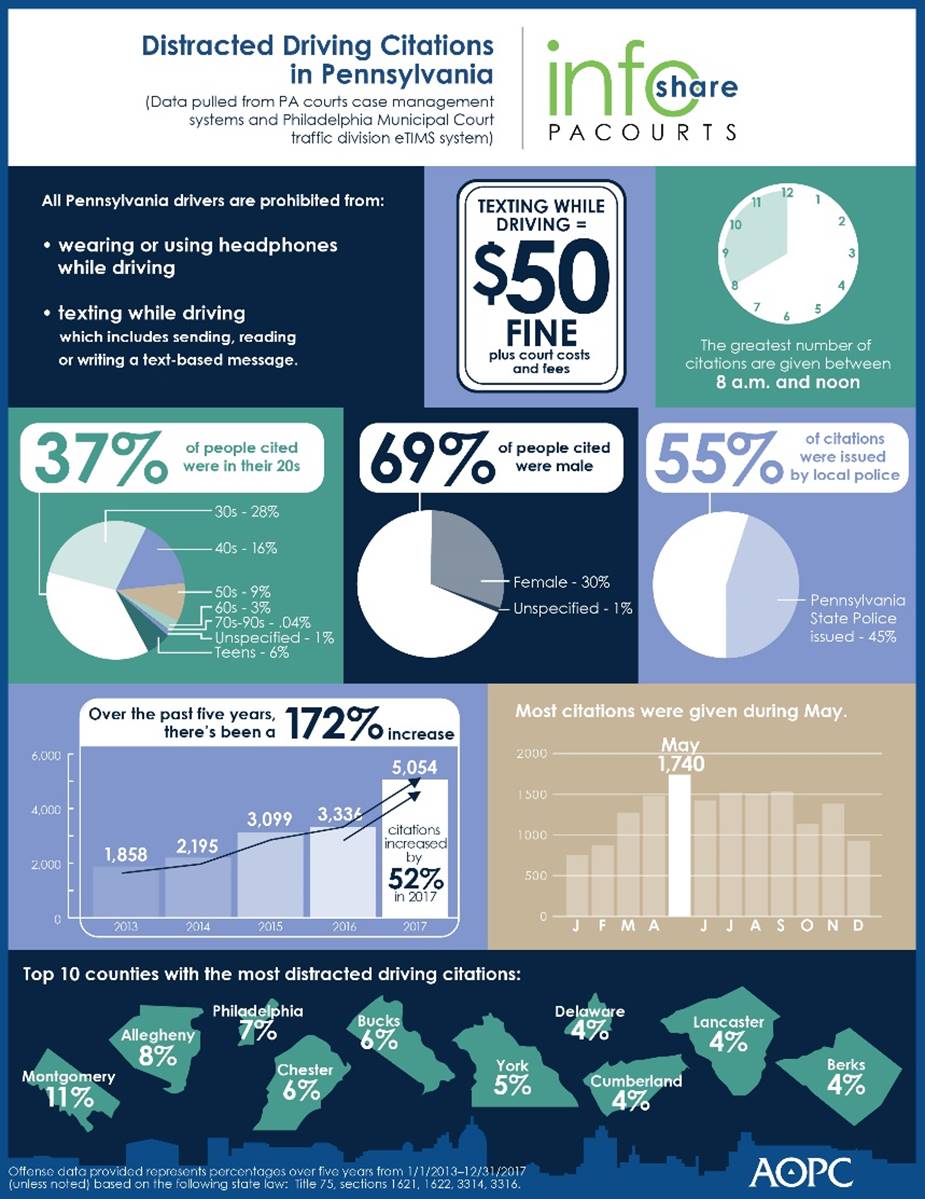