Brockway, PA – Foreign exchange students who have been spending a month in Brockway will be heading back home to Germany soon. Continue reading to hear their story, the way the program was started, some of the surprising things they’ve learned, and some of the differences and similarities between Germany and the United States.

Nicola Kampe and Till Teichmann are part of what is called the GAPP (German American Partnership Program) program, which was started in 2011 in Brockway.

Students from Hann. Munden, Germany can come to America for a month in spring, and our local students have the option of going there in summer.

Listen to the full interview with Nicola Kampe and Till Teichmann from Germany, news director Brittany Madera, and German teacher at Brockway Eric Stawecki.

Nicola explains that exchange students should have an adventurous personality.

Even though there are some differences between Germany and America, Till says he even noticed a distinction between different parts of our country… particularly between the standoffish behavior in New York City in comparison to the warm and friendly attitudes of Brockway.

The students say that Germany is very similar to Pennsylvania between both areas are widespread, rural, and wooded.

The more apparent differences, they say, can be seen in how large and sweet-tasting most American meals are. The students also arrived during an ongoing debate about gun laws in the United States, which has made them a little nervous. Gun laws are very strict in Germany.

People are people no matter where you go, of course. The boys say people throughout the world are more similar than they are different.

German teacher Eric Stawecki started the GAPP Program at Brockway in 2011. Some Brockway students will be headed to Germany this summer, and we’ll be checking back in with them then. 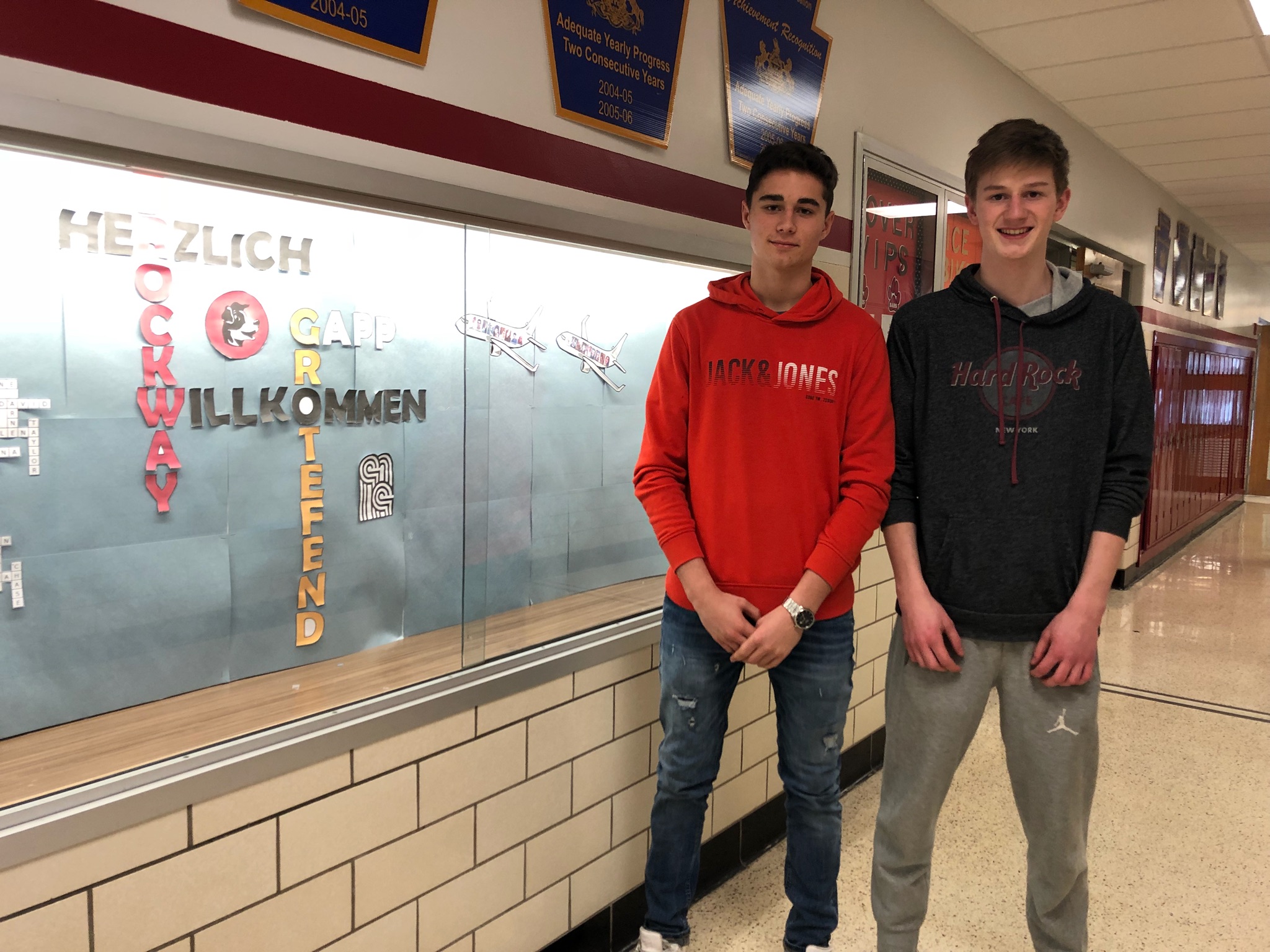 Nicola Kampe (left) and Till Teichman from Hann. Munden, Germany