Harrisburg, PA – Synthetic fentanyl-related drugs will now become illegal substances in Pennsylvania, starting next year. Governor Tom Wolf’s administration announced recently that fentanyl will be classified as a Schedule I drug moving forward. Schedule I means that there is no official government-accepted use for the drug and there is a high potential for abuse. Heroin, LSD, and Ecstasy all fall into this category.

Fentanyl is a synthetic opioid that’s said to be about 50 times stronger than heroin. Many of the recent overdoses in Pennsylvania are suspected to be caused in part by drug addicts accidentally or purposefully using fentanyl instead of heroin.

The reclassification will not affect fentanyl that has been prescribed by a doctor to treat pain or medication that is being used correctly. It will, however, make it easier to prosecute if that medication is being illegally sold or if the drug is being altered and abused.

This comes as part of Wolf’s statewide opioid emergency declaration. The governor says that the reclassification will give law enforcement a better chance at getting the drug off of the streets.

“The opioid disaster declaration was meant to assist Pennsylvanians who are struggling with opioid-use disorder,” Governor Wolf said. “By taking this step to classify synthetic street drugs made with fentanyl-related substances as Schedule I, we are taking the necessary actions to protect the health and safety of Pennsylvanians. This move gives law enforcement a better chance at getting these deadly drugs off the street.” 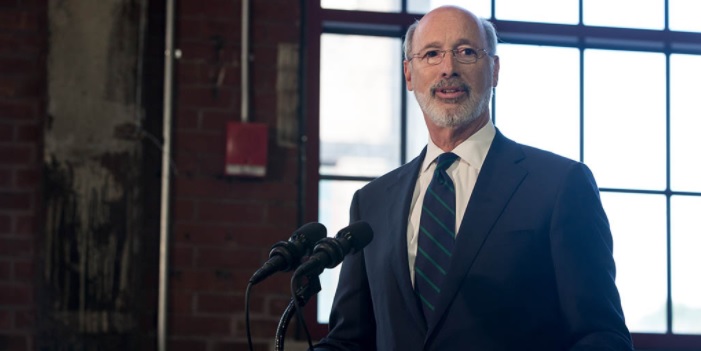 Governor Wolf’s action closes a loophole that had required each substance to be classified individually in order to be considered unlawful. The burdensome process forced police, prosecutors, and policymakers to constantly react when new, or even slightly modified, substances were introduced.

“Classifying synthetic fentanyl-related substances as Schedule I drugs helps law enforcement proactively keep these dangerous – and sometimes highly toxic – substances out of our communities,” said Colonel Tyree C. Blocker, commissioner of the Pennsylvania State Police. “Manufacturers will no longer have the ability to stay ahead of the law by slightly altering the chemical compositions of their substances.”

Schedule I substances are those that are considered the most dangerous and carry a high potential for abuse and addiction.

“There is an important distinction to be made between synthetic fentanyl substances and prescribed fentanyl,” Health Secretary and Physician General Dr. Rachel Levine said. “Synthetic forms of fentanyl can be deadly. Prescribed fentanyl is used for pain treatment under the care of a physician. This rescheduling does not impact fentanyl prescribed by a doctor to treat pain.”

On January 10, Governor Wolf signed a statewide disaster declaration for the opioid epidemic to enhance state response, increase access to treatment, and save lives.

Governor Wolf and state agencies have been increasing efforts in the fight against prescription drug abuse in multiple areas, including numerous programs and initiatives:

For more information on the state’s efforts to battle the opioid epidemic, visit https://www.pa.gov/guides/opioid-epidemic/.

DuBois City Police warn of imposter phone scam
Juvenile breaks into building, causes $3,600 damage to windows
Clearfield man reportedly stole ambulance, led police on chase
1-year-old girl wandered away from home, was not kidnapped
Woman scammed out of $17,500 in Clearfield County
$960 worth of tools stolen from garage in Clarion County