DuBois, PA – Last night’s Junior Scholastic Challenge was a real nail-biter, right down to the end.

This fast-paced battle of wits kept everyone on their toes, and the final rounds were anyone’s game.

DuBois Central Catholic ended up victorious in the end with 90 total points in the final round, with DuBois Area coming in second with 80 points, and Brookville in third with 75.

The other preliminary top scorers were Hayes Cooper from DCC with 7 correct. Isaac Pifer of DCC, Neel Gupta of DCC, and Jonas Parson of Brookville all had 6 correct each in the preliminary.

In the final rounds, Mick Dowling had 7 correct. Hayes Cooper of DCC and Sage Hoppe of Clearfield each had 6 correct. Bay Harper of Brookville and Jonas Parson of Brookville each had 5 correct.

The teams go home with some zoo or amusement park tickets from Sunny 106 and Connect FM, and the tops winners also get trophies.

Although the winners do get prizes, longtime organizer Carol Foltz says the students are mostly just excited to be able to compete in an academic challenge against other local kids.

Carol says she’s so proud of the teams who compete each year and is glad to be a part of this ongoing tradition.

The Senior Scholastic Challenge will be held two weeks from now, on Thursday, March 15 at 6:30 at the Hiller Auditorium on the Penn State DuBois campus. We hope to see you there! 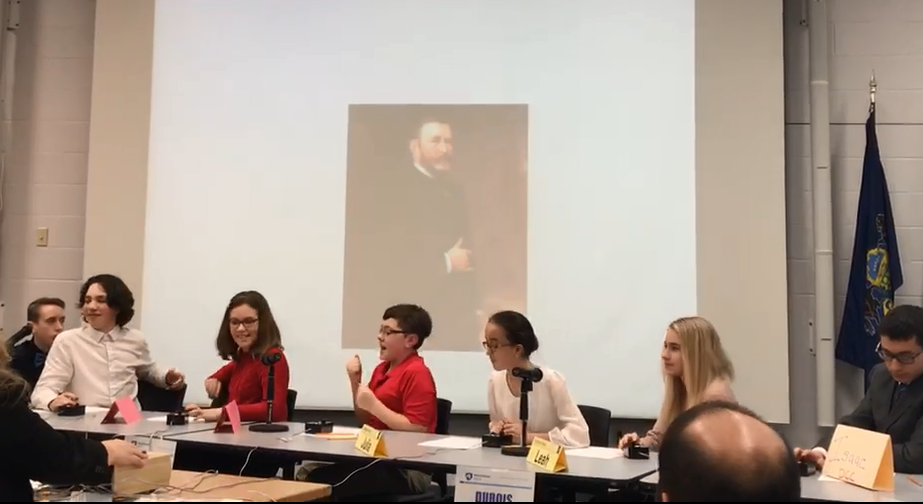