DuBois, PA – It was a night of cold heads but warm hearts at Penn State DuBois during their annual hair auction to benefit Penn State THON and the fight against childhood cancer.

Two Penn State DuBois students, a professor, and a 9-year-old girl all put their long locks up for auction.

The night started with a benefit spaghetti dinner, a video about how Penn State THON helps local kids, and a silent auction.

Overall, more than $22,500 was raised by the DuBois community, with more than $7,000 of that donated just last night alone!

All donations go to providing emotional and financial support to families of children affected by cancer through Four Diamonds at Penn State Children’s Hospital.

Visit the Penn State THON website to learn more about how they help kids dealing with cancer and how you can donate right now.

Listen to the before-the-haircut interview with Dr. John Toole.

Listen to the before-the-haircut interview with Julia Test and Tristen Bressler.

The first to get her hair auctioned off for charity was 9-year-old Kendall Lashinsky. Bidders raised $1,300 to see her long blonde hair get cut into a short bob.

Julia Test, a senior at Penn State DuBois, chopped off 11 inches of her long hair for $1,550. She’s also one of the three dancers from Penn State DuBois being sent to dance for 46 hours straight at the Penn State THON event this weekend.

More than 700 students come together, raise money by staying on their feet for nearly two days straight, and throw a massive party for kids with cancer so they have an opportunity to forget about the diagnosis.

Julia Test getting her hair cut into a short bob in support of Penn State THON and the fight against childhood cancer! Her haircut raised $1,550! Julia is also dancing non-stop at this year's THON.

Tristen Bressler, a freshman at Penn State DuBois, shaved his entire head and beard for a $700 donation.

Tristen Bressler shaving off his hair and beard in support of Penn State THON at the Penn State DuBois hair auction in support of the fight against childhood cancer. Tristen and community members raised $700!

Finally, the community raised $1,700 to see Dr. John Toole, a math professor, shave off all of his hair, long beard, and mustache.

You can see photos and video of Kendall Lashinksy, Julia Test, Tristen Bressler, and Dr. John Toole giving up their hair at the auction last night at our Facebook page with before and after photos. 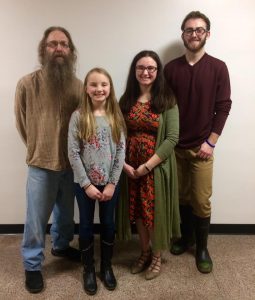 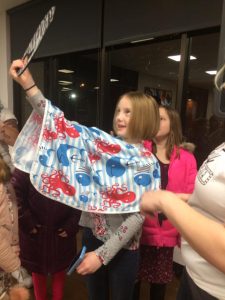 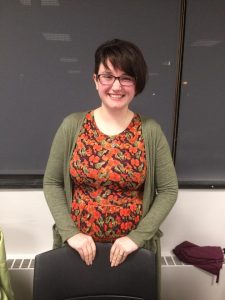 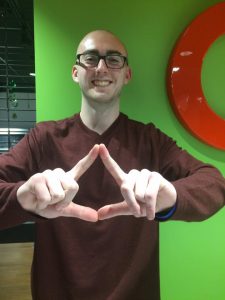 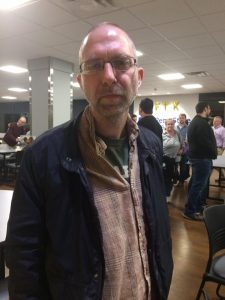 After shots! Haircuts were provided by The Beauty Bar in DuBois.