Although there are currently some blurry surveillance images, police are still asking that any property owners or business owners nearby come forward with any additional security footage they have.

Police do not say what kinds of firearms were stolen.

The first man was wearing black pants with white stripes down the legs and a dark-colored long sleeve shirt with reflective strips on both arms. He was also wearing an orange/red head and face covering and gray gloves.

The second man was wearing black pants and an orange zip-up hooded sweatshirt, an orange face cover, and white gloves.

If you have security footage along Route 322 or near DSD Sporting Goods in Brookville, please call the police department at 814-849-5323. 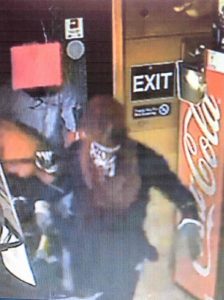 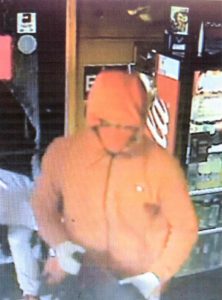