Clarion, PA – New details are emerging in the case of the shooting death of a Clarion University student who had grown up in the Curwensville area. Police have arrested 22-year-old Damien Ditz of Clarion for allegedly intentionally shooting and killing 22-year-old Katrina Seaburn.

On March 1, police were called out to a trailer court in Clarion for a report of a shooting. Ditz had been sitting in the driver’s seat of Seaburn’s vehicle, with her sitting in the passenger’s seat. She had suffered a gunshot wound to the chest and had died before police arrived.

When Ditz was originally interviewed, he said that the shooting happened when a loaded Glock 37 handgun slid off of the dash as he was making a turn and accidentally discharged when it hit the center console. He then changed his story to say that he attempted to grab the gun as it fell, accidentally pulling the trigger.

After a 3-month-long investigation, Ditz was asked to take a polygraph test and come to another interview. He allegedly admitted that his previous statements were untrue. Investigators say that Ditz said that he and Seaburn were arguing about money as they were in the car, and he “lost his temper.”

Ditz told police that he knowingly aimed the loaded gun at Seaburn but didn’t intentionally pull the trigger. However, Clarion County District Attorney Mark Aaron says that there is evidence that indicates that the shooting was intentional.

He is being held in the Clarion County Jail without bail. Under Pennsylvania Law, bail is not set in a case where first degree murder is charged, as life in prison is a possible punishment. Ditz’s preliminary hearing is scheduled for June 27.

Katrina Seaburn was a senior at Clarion University, majoring in accounting. She had graduated with honors from Curwensville Area School District in 2013. She was a feature baton twirler at Curwensville and was also a captain of the majorettes at Clarion. A funeral and numerous memorial ceremonies were held earlier this year. 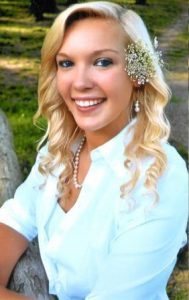 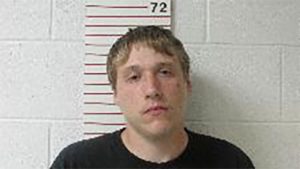