Punxsutawney, PA – How much pizza could you eat? One of our local pizza makers, Scott Anthony of Punxsy Pizza, was among about 80 other shop owners who spent a week in California making a 1.3-mile-long pizza for the Guinness Book of World Records!

Scott Anthony of Punxsy Pizza was there, helping create that giant pizza around one of California’s racetracks. He said it was an amazing sight, but it was so big that you couldn’t see it all at once.

Click Here to listen to audio from Scott Anthony.

He says the best and maybe most difficult part was getting all of those people to work together.

Scott says that would take about 10,000 people to eat it all, but it didn’t go to waste. They donated all of the finished pizza to homeless shelters in the area, proving that they had some big hearts to go along with that big pizza.
Photos courtesy of Punxsy Pizza 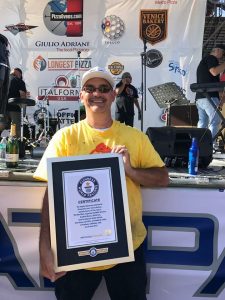 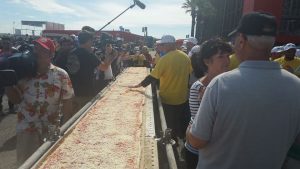 A shot of the longest pizza in the world 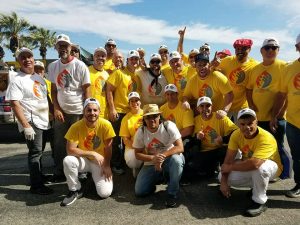